Amid New Wave of Polls, Biden and Trump Intensify Clash on Unrest 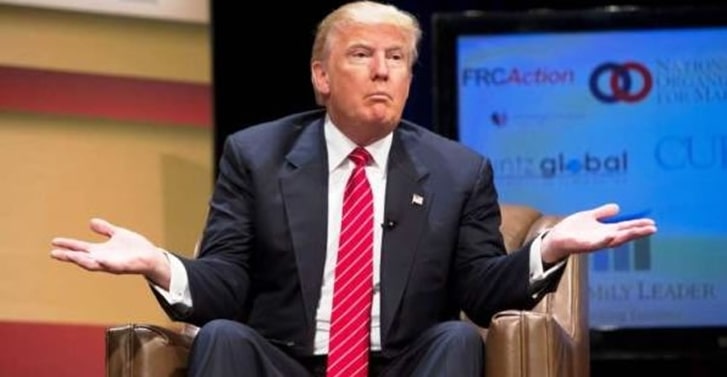 The new polling showed that Joe Biden maintains a steady but not overpowering lead, particularly in the critical battleground of Pennsylvania.Joseph R. Biden Jr. has repeatedly accused President Trump of stoking divisions and has laid blame for chaos on the current occupant of the White House.Credit...Michelle V. Agins/The New York TimesâPresident Trump and Joseph R. Biden Jr. clashed on Wednesday in dueling remarks and with new advertisements about public safety and the outbursts of violence in some American cities, as the presidential campaign entered an aggressive new phase with the parties tussling over both the issues and the electoral map they are being fought on.The collisions came as a wave of new polling gave the first significant snapshot of the race since the Democratic and Republican conventions last month. The polls showed that Mr. Biden still holds a steady if not overwhelming lead, tight enough to give Democrats cause for concern and Republicans room for hope, particularly in the key battleground of Pennsylvania. Polls by Fox News on Wednesday showed Mr. Biden leading in Arizona, North Carolina and Wisconsin, all states Mr. Trump won in 2016.While the president has a dwindling number of days to reset a race in which he has consistently trailed this year, Democrats are still wrestling with the asymmetrical nature of battling a candidate willing to make outlandish and false statements in pursuit of victory.âGet off Twitter,â Mr. Biden scolded Mr. Trump in a speech on Wednesday, urging him to engage with congressional leaders to help support schools and pass an economic aid package.The former vice president also announced that he would travel on Thursday to Kenosha, Wis., where the police shooting of a Black man, Jacob Blake, set off protests that turned violent in places, prompting Mr. Trump to tour burned-down areas on Tuesday. Mr. Biden will meet with the father and other family members of Mr. Blake and hold a community meeting âto heal and address the challenges we face,â according to the campaign.The trip will be only the second one by Mr. Biden outside the Eastern time zone since the pandemic locked down much of the country almost six months ago, and comes as some Democratic allies are pressing him to resume campaigning aggressively in person in battleground states. Mr. Bidenâs top aides, led by his campaign manager, Jennifer OâMalley Dillon, have tried to brace nervous supporters for months that polls would most likely tighten as the election nears.The new television advertisements were one of the clearest signs yet that the Biden campaign is determined to keep Mr. Trump from reframing the campaign as one of fear over the unrest in some cities. Mr. Biden is directing $45 million of the record-breaking $364.5 million he raised in August into a single week of television and digital ads.While Mr. Biden has previously condemned the violence that has accompanied some of the protests for racial justice, his new commercial is the first time that he has put the issues of crime and public safety into a major paid advertising program. The ad uses footage from a speech he delivered in Pittsburgh on Monday on the same topic.

âRioting is not protesting. Looting is not protesting,â Mr. Biden says in his ad. âAnd those who do it should be prosecuted.âThe Trump campaign countered with ads featuring images of burning buildings.âCommunities not criminals,â says the narrator in the Trump ads. âJobs not mobs.âThe themes of the ads represent a departure for Mr. Biden. Since he first went on the airwaves in June, nearly 75 percent of the television ads that his campaign has run have focused on the coronavirus, according to an analysis by the media tracking firm Advertising Analytics. Mr. Trumpâs ads have been the inverse. Only 5 percent of them have focused on the virus, compared with more than 60 percent that highlighted the issue of crime.The political maneuvers show how both candidates are playing offense and defense at once. Mr. Biden is trying to press his financial advantage and keep the focus on the virus and issues like school re-openings, while also defending himself from Mr. Trumpâs law-and-order attacks. Mr. Trump is trying to prosecute those arguments and persuade voters to see threats to public safety, which so far have been limited to sporadic violence in some cities, while also seeking to gain momentum in the race.The Biden campaign in recent weeks has pressed particularly aggressively into Florida, airing nearly $15 million in advertising in the last three weeks of August, more than it had spent in the preceding eight weeks combined. A victory there would be seen as a virtual knockout.âBiden is in a better place in Florida today than we were in 2008 or 2012,â said Steve Schale, who was a top Florida strategist for Barack Obamaâs two races in the state and now runs a pro-Biden super PAC. Mr. Obama ended up carrying the state in those years.

Mr. Trump focused his visit to Kenosha, Wis., on damaged businesses and attended a round-table event with law enforcement members.Credit...Anna Moneymaker for The New York TimesThe Trump campaign has made a major push to compete in Minnesota, which he lost narrowly in 2016, and the Biden campaign recently began advertising in the state a week earlier than expected. One of the new Trump ads was crafted specifically for Minnesota, where the police killing of George Floyd first set off the ongoing reckoning over race and police violence and where some protests first turned into looting and rioting.For the second time this week on a call with reporters, Trump aides maintained that Mr. Biden had not sufficiently denounced the violent episodes that grew from the unrest because he hadnât specifically named antifa, a loose group of activists that Mr. Trumpâs team has tried to paint as a unified, well-financed effort.âThis is exactly the kind of decision-making that we would see emanating from the White House,â said Tim Murtaugh, a Trump campaign spokesman, calling the large ad buy an effort to âdissuadeâ Americans that Mr. Biden isnât a âtool of the radical left.ââYou donât need polls to understand that Americans can see on the evening news, and all day on cable television, cities on fire,â Mr. Murtaugh said.Stephanie Cutter, a Democratic strategist who oversaw messaging and planning for last monthâs nominating convention, said her party needed to relentlessly focus on the fact that such scenes are playing out under Mr. Trumpâs tenure.âAnytime Trump wants to talk about the state of this country, itâs important to remind people that Trump is president and is responsible for the state of the country,â she said.To the frustration of some in the Biden campaign, it has been fielding concerns and complaints from allies about how the issue of law and order will play in the final nine weeks.Mr. Bidenâs press secretary, T.J. Ducklo, posted a link on Twitter to a new Quinnipiac poll on Wednesday that showed Mr. Biden with a 10-percentage-point lead nationally and with an advantage over Mr. Trump on the question of who would make respondents feel safer as president.âcc: bedwetters,â Mr. DuckloÂ wrote, in a dig at nervous Democrats.

In North Carolina on Wednesday, Mr. Trump appeared to encourage voter fraud, suggesting that people vote twice in order to test the systemâs ability to detect when more than one ballot is cast. It is illegal to vote more than once in an election, and Mr. Trump has spent weeks trying to cast doubt on the legitimacy of the election because of the prevalence of mail-in voting.Three new polls from Fox News in battleground states on Wednesday showed Mr. Biden ahead in Arizona (49 to 40 percent), North Carolina (50 percent to 46 percent) and Wisconsin (50 percent to 42 percent). The survey showed Mr. Biden with a five-point edge in Wisconsin and Arizona on who would better handle âpolicing and criminal justiceâ issues, and a virtual tie in North Carolina.A new Pennsylvania poll from Monmouth University, meanwhile, showed the race tightening, with Mr. Bidenâs lead shrinking, from a 10-point advantage among likely voters in a high-turnout election in July to a three-point edge now. His lead in a lower-turnout election shrank to a single percentage point, from seven points in July.âIt looks like some of those attacks, some of those messages that are coming out of the Republican convention about threats to the suburbs, has caused some doubt among some voters,â said Patrick Murray, the director of the Monmouth University Polling Institute.Pennsylvania is seen as crucial by both candidates. On the same day that Mr. Biden delivered his speech for the Democratic National Convention, Mr. Trump traveled to Scranton, Pa., where Mr. Biden grew up, for his own event. And Mr. Biden chose to go to Pittsburgh to deliver his speech on Monday rebuking and responding to Mr. Trumpâs often misleading attacks and trying to turn the question of safety back to a focus on the coronavirus. It was generally well received among his Democratic allies.Priorities USA, a leading Democratic super PAC, on Wednesday described Pennsylvania as the tipping point state of the 2020 race, and released findings from a private poll of battleground states that showed Mr. Biden with a wide lead on handling race relations but knotted in a virtual tie on policing and law enforcement.Guy Cecil, the chairman of Priorities USA, who had previously predicted a tightening of the polls as the election neared, described the 2020 race as âjust structurally close.ââI donât think this has to do with Kenosha,â he said. âI think it has to do with the fact that weâre two months before the election.âRepresentative Chrissy Houlahan, a Pennsylvania Democrat first elected in the 2018 midterms, said it was critical for Democrats to keep the focus on the fact that Mr. Trump is president now.âYou see the scary images,â she said of violence in Portland, Ore., and Kenosha. âThose are the images weâre living in right now and this is the administration responsible.âMs. Houlahan described herself as âcautiously optimisticâ about the state of the race in her home state. âBut,â she added, âI also felt optimistic four years ago.â