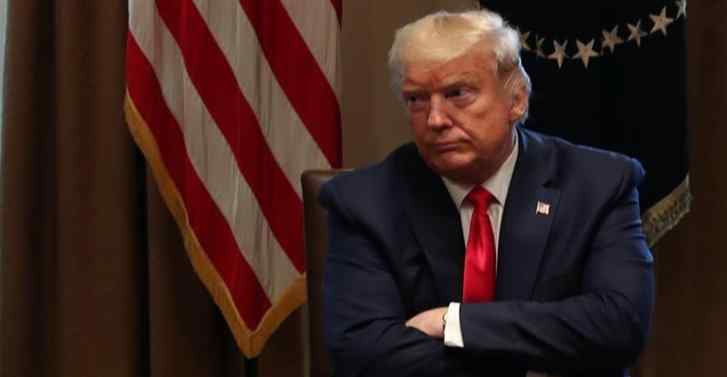 Six weeks ago, the US election was Trump's to lose. The coronavirus pandemic has changed everything.Only a month ago,Â United StatesÂ President Donald Trump was on top of the world.Democratic efforts to impeach him in the US Congress had failed and backfired. Public support for the president had actually increased among some independent voters, and support from his Republican base remained steady. Stock markets were at an all-time high, and unemployment hovered at all-time lows. While perhaps not the "roaring geyser of opportunity" that Trump said it was, the economy was humming along nicely, and the president was not shy about taking credit.Six weeks ago, the US election was Trump's to lose. A key pillar of Trumpism - that the real estate magnate and businessman was the best steward of the US economy - seemed plausible. Then everything changed.Almost overnight, the US has been plunged into an unprecedented economic crisis. US Treasury Secretary Steven Mnuchin is warning of the possibility of 20 percent unemployment. Businesses are clamouring for bailouts, and factories are closing temporarily and laying off workers. The 11-year bull run in the stock markets has come to a screeching halt, and more and more forecasters see a recession on the doorstep.What Trump incorrectly called "the greatest economy in this history of our country" is in tatters, along with - perhaps - his odds of being re-elected in November.

In aÂ reportÂ released on Thursday by the University of Virginia's Center for Politics, analyst Alan Abramowitz said a downturn of this magnitude, combined with the president's negative net approval ratings, could "very likely doom Trump's chances of winning a second term" based on historical trends over 11 previous elections.Abramowitz's model suggests that "a major recession would likely result in an Electoral College landslide for Trump's Democratic challenger, especially if it is accompanied by a further decline in the president's approval rating."Because we are in uncharted territory, however, Abramowitz offers a couple caveats. First, the deep partisan divide currently gripping the US means that events like recessions may not have as much impact as they did in the past.Second, Abramowitz suggests, voters may not hold Trump responsible for a recession brought about by an unforeseen event - the so-called "black swan" of Wall Street lore - such as a pandemic, although they may hold him responsible for the government's reaction to the crisis."That story," Abramowitz writes, "is still being written."Which explains, in part, Trump's more sombre tone over the last two days. Aides in the West Wing of the White House have come around to the notion that the coronavirus crisis is an existential threat to Trump's presidency and legacy. Trump has reportedly told advisers that he now believes the virus will be a significant issue during the general election.

If polls published this week are any indication, Trump currently faces an uphill struggle. One survey by US public broadcasters showed that Americans' faith in the way the federal government is handling its response to the pandemic has dropped precipitously as the extent of the problem becomes clear.Just 37 percent of Americans said they had a good amount or a great deal of trust in what they are hearing from Trump, while 60 percent say they had not very much or no trust at all in what he says. More Americans, 49 percent, disapprove of the president's handling of the pandemic than approve - 44 percent.To regain his footing, Trump on Wednesday began casting himself as a "wartime president", calling on Americans to unite and shoulder the coming pain and inconvenience until the battle against the pandemic is won. His supporters quickly fell in line. In an email Wednesday afternoon, the Republican National Committee praised Trump's "wartime footing" and "whole of America" approach.Trump is testing an axiom of US politics that says Americans, in times of crisis, are loath to change course midstream. Abraham Lincoln won a second term during the Civil War, Franklin D Roosevelt a third term on the eve of World War II, and George W Bush his second term after sending US troops into Iraq.The old Trump is still there, however, evidenced by insistence on referring to the coronavirus as the "Chinese virus". The president is a master at exploiting cultural divisions within the country and portraying his tenure as a struggle between politically correct elites and average Americans.His critics attribute his language to racism or xenophobia. In reality, it is a calculated political strategy straight out of the Trump playbook. Singling out the virus's Chinese origins allows him both to divert the media's attention from the way his administration handled the crisis in the early days, and lay the blame for its consequences somewhere other than at his own feet.It is a strategy that could serve him well in November.