Are jailhouse lawyers beneficial or bad for the system? 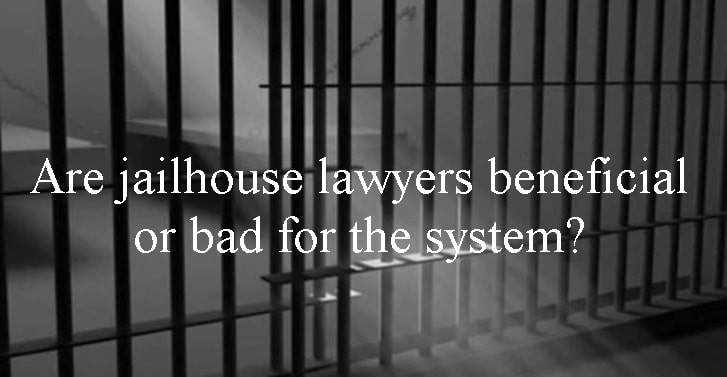 I remember Corbin Bernsen. I remember the saxophone intro. I remember the synthesizer crescendo reminding the audience that they were smack-dab in the late â80s/early â90s. For whatever reason, I never really watched much L.A. Law, though.

One of my readers suggested I go back and take a look at the series after mentioning an analogy to one of my other articles. Those familiar with my column know I love suggestions for content. If you think of something law-related youâd like me to explore in pop culture, Iâll give it a look or listen and see how well it holds up to present-day scrutiny and whether it accurately reflects the practice of law.

The L.A. Law episode I decided to review, âBeauty and the Breast,â isnât the highest-rated episode I could find, in large part because the series isnât included in my trusty Episode Ninja database. I was genuinely surprised, as the series appears to have been well-respected and received during its initial run.

The episode in question has a few plotlines weaving through its runtime, but the one I was most interested in deals with an inmate working to represent another prisoner against murder charges. I chose this episode because I have always had a love-hate relationship with jailhouse lawyers.

The audience is almost immediately introduced to a jailhouse lawyer who is somehow representing his client in a jury trial against charges of first-degree murder. Iâm not aware of any circumstancesâat least in my home state of Oklahoma and a few other jurisdictions I looked intoâthat would allow someone without a law license to represent another person in a criminal case, much less a jury trial.

During the jailhouse lawyerâs initial argument with the prosecutor, she quips that, âI know the judge feels youâre qualified to handle this case, but a murder trial is a lot different than writing writs or juggling bogus appeals for your other pals in prison.â His reply? âIâve set in my cell and read law books 18 hours a day for the past 11 years. I may not be a lawyer, but I plan to win this case.â

More on that later.

Sure, everyone has a right to represent themselves pro se, but that is entirely distinct from a situation in which a nonattorney represents another individual. Regardless, the jailhouse lawyer in this episode seems to be on his toes. Throughout the jury trial scenes, he is poised. He makes relevant and adequate objections, and he has a clear theme that he works through each of the witnesses he cross-examines.

THE BENEFITS OF JAILHOUSE LAWYERS

A jailhouse lawyer can come in many forms. Sometimes, itâs the inmate who has been through the system enough times to understand the terminology incorporated into many of the pleadings a defendant might receive. In a perfect world, defense counsel aptly explains all of the process and procedure involved in any court filings or appearances, but that is not always the case. This is especially true in the realm of public defense, in which court-appointed attorneys are often overworked, underpaid and stacked so high with clients that there just isnât enough time in the day to thoroughly explain every detail to every defendant.

THE PROBLEM WITH JAILHOUSE LAWYERS

Iâve never seen a nonattorney conduct a jury trial, but I have seen pro se defendants defend themselves. Regardless, the jailhouse lawyer in this L.A. Law episode is pretty top-notch. But thatâs the power of Hollywood.

This problem is more of a cinematic creation than anything else, as I still donât see how someone without a law license could be in his position in the first place. Nevertheless, jailhouse-lawyer ârepresentationâ in other facets of the criminal justice system manifests in the real world fairly frequently.

I canât count the number of times an inmateâs family member has contacted me to assist their loved one with an appeal or some type of post-conviction relief, only to find out that ship has already sailed. More often than not, when someone contacts me regarding a prison appeal or post-conviction relief, a licensed attorney was their last resort as opposed to their first option.

When dealing with appeals and collateral attacks to a criminal conviction, there are usually only so many bites at the apple. If an inmate wastes their chance to seek relief by hastily âemployingâ the âservicesâ of a jailhouse lawyer, they are significantly lowering their chances of success. Sure, there are many stories over the years of inmates who were able to get relief for other prisoners on appeal, but those examples are the extreme exception and by no means the rule.

Aside from potentially harming other inmatesâ chances by âassistingâ with their written filings, jailhouse lawyers pose another problem to the system. Far too often I have a client who receives badâor just plain incorrectââlegal adviceâ from a jailhouse lawyer.

Reliance on the untrained and uneducatedâlegally speakingâopinion of another inmate can result in a defendant making a rash decision. It can often lead to a rift between the client and their retained or appointed counsel. This further creates issues when the defendantâs family hears third-hand the jailhouse lawyerâs advice filtered through the perception of the defendant. Any criminal defense attorney will tell you that this aspect of practiceâthe misinformed clientâis one of the most challenging obstacles to navigate on the way to reaching the best resolution to their clientâs legal situation. Misinformation causes confusion, and confusion can quickly lead to resentment and distrust. Once those emotions are set into play, there is a genuine possibility the attorney-client relationship might suffer to the point of no return.

Thatâs not good for the system.