As threats intensify, judges urge colleagues to speak out 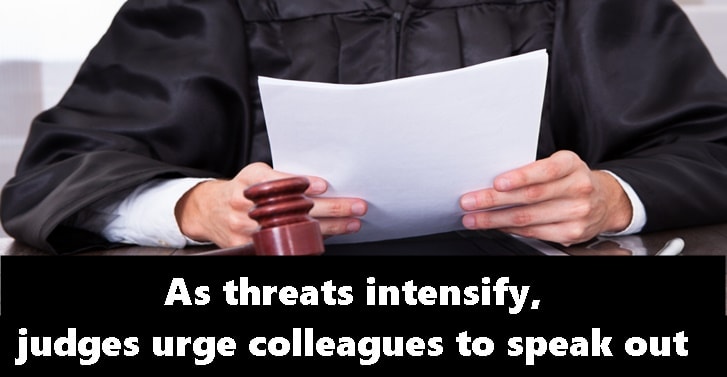 U.S. District Court Judge James Robart received more than 100 death threats after ruling against the Administrationâs first travel ban in February 2017. Most came after the president called Robart a âso-called judgeâ and tweeted, âJust cannot believe a judge would put our country in such peril. If something happens, blame him and court system."

The Seattle judge was stunned to find his name, photo, address and phone number posted on the internet by angry critics, along with his wifeâs name, phone number and business address.

Robart recalled the frightening backlash at a panel discussion on Aug. 9 at the ABA Annual Meeting in San Francisco. The program was sponsored by the ABA Standing Committee on the American Judicial System and the National Judicial College.

âHereâs the president of the United States saying this person is not a judge,â Robart said. âI think that crosses a line from legitimate criticism of a ruling and goes into a whole different area.â

Other judges on the panel said online attacks are becoming more common. They urged fellow judges and lawyers to speak out. âThe judiciary has to speak up for itselfâ¦ You have to raise the alarm,â California Chief Justice Tani Cantil-Sakauye said.

Ohio Chief Justice Maureen OâConnor agreed: âJudges who are under attack have to speak up, and their fellow judges and the bar associations, and they have to do it continuously.â

Washington Supreme Court Justice Debra Stephens added, âWhat we experience in the courts is the result of the fact that we are the place where the littlest dog gets to lift his leg against the biggest treeâ¦ These very personal and sometimes terrifying attacks are having an effect. We have to take more aggressive action.â
Â