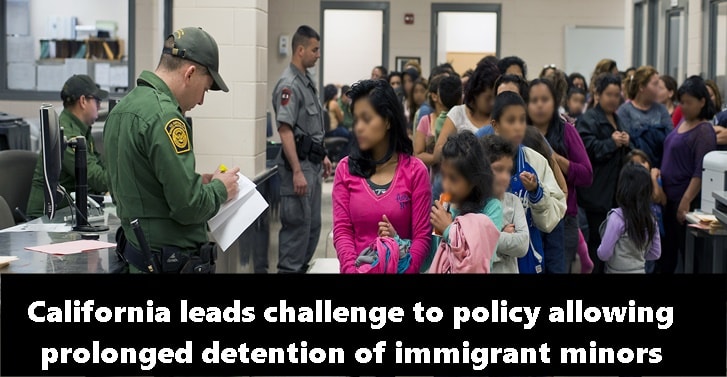 The Trump administrationÂ announcedÂ these plans last week. The administrationâs stated rationale for the new rule includes the desire to keep families together, combat child smuggling and respond to the border crisis. In regard to the first rationale the White Houseâs official statement explained that the government is attempting to terminate the Flores Settlement Agreement, which results in many immigrants being released into the country after 20 days. In regard to the administrationâs attempt to combat child smuggling, this alteration of the Flores Agreement could potentially prevent smugglers from presenting children as part of fake families at the US border, according to the administration. Finally, the administration stated that the Flores Agreement is the most consequential component of the immigration crisis and must be stopped as it is a âmagnetâ behind illegal immigration.

Californiaâs Attorney General Xavier Beccera said that he would be leading a group of attorneys general in filing a lawsuit against the Trump administration. According to the complaint, âthe (Trump Administrationâs) rule would result in the vast expansion of family detention centers, which are not state licensed facilities and have historically caused increased trauma in children. The rule will lead to prolonged detention for children with significant long-term negative health consequences.â