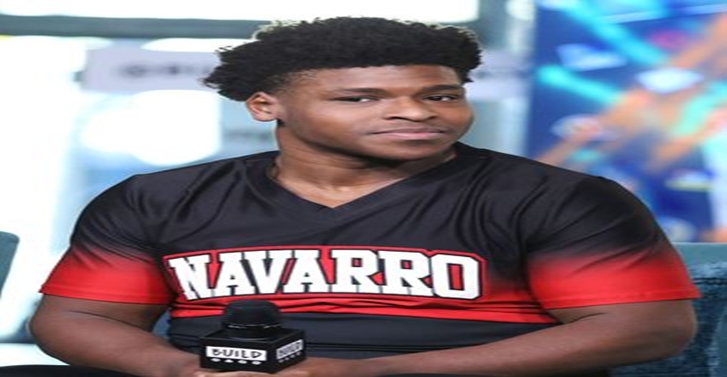 CheerâsÂ Jerry HarrisÂ was arrested Thursday morning on a child pornography charge, officialsÂ said; the arrest comes several days after two twin boys publiclyÂ accused him of sexual misconduct. According to a criminal complaint filed in Chicago federal court, Harris âadmittedâ to instances of alleged misconduct from December 2018 to spring 2020, during a September 14 interview with law-enforcement agentsÂ including allegedly admitting to sex with another minor, who was 15.Harris who is charged with one count of producing child pornography, would have been from 19 to about 20 years old during the alleged misconduct. He faces from 15 to 30 years in federal lockup if convicted. Harris has previously denied allegations of sexual misconduct.Lawyers for the two brothers, identified byÂ USA TodayÂ as Charlie and Sam on Monday, confirmed to Vulture that Harrisâs arrest relates to their clientsâ allegations. The criminal complaint largely echoes the boysâ allegations earlier this week, which were also detailed in a Tarrant County, Texas, civil lawsuit.Harris, now 21, contacted one of these two boys through social media and ârepeatedly enticed him to produce sexually explicit videos and photographs of himself and send themâ to him, Chicago federal prosecutors alleged in a statement; officials said this contact took place from December 2018 to March 2020. The criminal complaint refers to this boy as âMinor 1.âThe boy told Harris that he was 13 years old. During the interview with law-enforcement agents, Harris admitted to asking him to send photos of his âbooty,â which allegedly took place in a 2018 Instagram exchange. The boys are now 14 years old, officials said.âHarris admitted to engaging in continuous Snapchat conversations with Minor 1 between December 2018 and March 2020 in which HARRIS repeatedly asked Minor 1 to send Harris naked photographs of Minor 1, including photographs of Minor 1âs penis and buttocks, which Minor 1 sent to HARRIS over the Snapchat application,â the criminal complaint alleged. âHarris stated he received images and/or videos from Minor 1 in response to his requests at least approximately once a month throughout the duration of their Snapchat discussion.âHarris âadmitted to sending Minor 1 photographs of HARRISâ penis over the Snapchat application,â the feds further alleged. The now-fallen Netflix star also âadmitted to attempting to entice Minor 1 to perform oral sex on Harris in a bathroom at a Texas cheerleading event.âAuthorities also alleged that Harris made two more shocking disclosures. âHarris admitted to soliciting and receiving child pornography on Snapchat from at least between 10 to 15 other individuals he knew were minors,â the complaint alleged. âHarris admitted to engaging in anal and oral sex with a 15 year old minor (Minor 3) at a cheer event in 2019.â

Harris appeared in court Thursday afternoon, according toÂ the ChicagoÂ Tribune. Prosecutors reportedly asked federal Magistrate Judge David Weisman to order Harris held while awaiting trial, claiming he is a danger to the community. They pointed out that Harris stands accused of committing crimes against children.His attorney stated that he planned on arguing for release pending trial, claiming that Harrisâs asthma puts him at higher risk of the coronavirus. Weisman ordered Harris held pending another proceeding thatâs set for Monday, the newspaper said.Reps for Harris did not immediately respond to a request for comment on his arrest. After allegations of misconduct surfaced earlier this week, a spokesperson commented: âWe categorically dispute the claims made against Jerry Harris, which are alleged to have occurred when he was a teenager. We are confident that when the investigation is completed the true facts will be revealed.âIn a statement, Netflix said: âLike everyone we are shocked by this news. Any abuse of minors is a terrible crime and we respect the legal process.â On Friday morning,Â CheerÂ coach Monica AldamaÂ shared an Instagram postÂ responding to the news, saying: âMy heart is shattered into a million pieces. I am devastated by this shocking, unexpected news. Our children must be protected from abuse and exploitation, and Iâm praying hard for the victims and everyone affected. Please respect our privacy as our family mourns during this heartbreaking time.âMorgan Stewart and Sarah Klein, who represent Charlie and Sam, praised Harrisâ arrest. âWe are grateful that the U.S. Attorney and the FBI have taken swift action to protect children by investigating, arresting and charging Jerry Harris,â they said. âThis was made possible because our clientsâ mother had the courage to report Harris to the FBI as well as the Fort Worth Police Department and provided evidentiary proof of the manipulation, sexual harassment, abuse, and exploitation that her sons had suffered.â