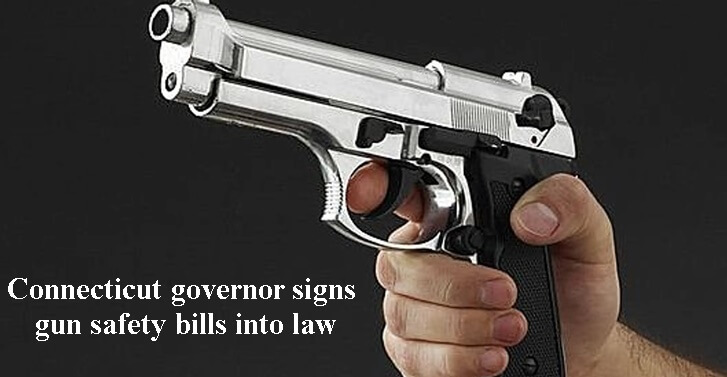 PA 19-5Â (Ethanâs Law), states that no person may keep a gun on a premises where a minor may have access to it, where a resident is ineligible under either state or federal law to possess a firearm, and where a resident poses an imminent risk of personal injury to either themselves or others. The act also includes an exception: a firearm may be kept on the premises if it is securely locked in a box or is carried on their person. Violation of this Act is a class D felony. This bill was created in memory of a teen who accidentally shot and killed himself with a loaded firearm that was found at a friendâs house.

PA 19-7Â is in regards to storing a firearm in a vehicle. If the vehicle is unattended, the gun must be stored in either the trunk, a locked glove box or a locked safe. There are several exceptions for officers and government workers who are licensed to possess a firearm. Violation of this Act is a class A misdemeanor for a first offense and a class D felony for any subsequent offense.

These new laws come into effect on October 1.