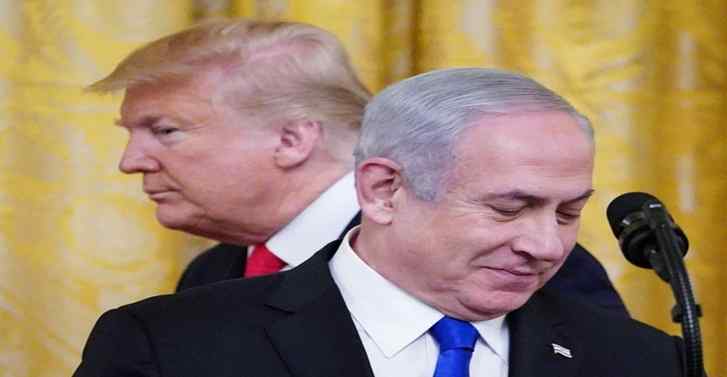 The COVID-19 outbreak has pushed back the Israeli prime minister's trial and set him up for an emergency unity government.An Israeli court on Sunday postponed Prime Minister Benjamin Netanyahuâs graft trial due to the coronavirus, as he and his main challenger traded accusations over the failure so far to form a unity government to tackle the health crisis.The bitter back-and-fourth came as President Reuven Rivlin was holding talks on whether Netanyahu or his rival Benny Gantz should be tapped to lead Israelâs next government.Following the 2 March elections, Netanyahuâs right-wing Likud and its allies were left three seats short of the 61 needed for a majority in the Knesset, or parliament.Gantz, who heads the centrist Blue and White party, will need the backing of a disparate group of anti-Netanyahu factions if he hopes to form a government.Â The 2 March vote was Israelâs third inconclusive election in less than a year.Â In its meeting with Rivlin earlier on Sunday, the mainly Arab Joint List that won 15 Knesset seats unanimously recommended that Gantz be given a chance to form a government.Â The secular, nationalist Yisrael Beiteinu party led by Avigdor Lieberman is due to meet Rivlin later on Sunday.Â If it recommends Gantz, that will likely assure the ex-military chief the first crack at forming a government.Â But his ability to do form a stable coalition is far from certain, especially given the deep divides within the anti-Netanyahu camp â particularly between the nationalist Yisrael Beiteinu and the Arab bloc.Â âRefusing to negotiateâNetanyahu, the first Israeli prime minister to be indicted in office, has repeatedly called for a emergency unity government to combat COVID-19.Â Israel has 200 confirmed cases, with tens and thousands in home-quarantine.Authorities have banned gatherings of more than 10 people and ordered schools, universities, restaurants and cafes to close, among other measures.Speaking ahead of weekly cabinet meeting held by teleconference because of the virus, the prime minister urged Gantz to join a six-month unity alliance, which Netanyahu would lead. Â âWe must unite forces and form a strong and stable government that will be able to pass a budget and make tough decisions,â Netanyahu said.Â Gantz countered that if Netanyahu were serious about unity, he would send ânegotiators to meetâ, instead of announcing proposals in the media.Â âUnlike you, Iâll continue to back any correct government action without any political considerations,â he added.âWhen youâre serious, weâll talk.âÂ Likud then hit back, accusing Gantz of ârefusing to negotiate and to accept (the) realityâ that it won the most seats.Â âStop your refusal and cynicismâ¦ and come to meet me now,â Netanyahu said in a statement.Â âThe people of Israel expect it. Weâre losing time.âNetanyahu also floated a proposal to rotate the premierâs job between him and Gantz â an offer similar to one he made following September elections.Â Under this plan, Netanyahu would serve as prime minister for two years, followed by two years with Gantz at the helm.Â Gantz has previously refused to serve in a government led by someone facing criminal charges.Â

Netanyahu was formally charged in January with bribery, fraud and breach of trust.Â His trial had been due to open on Tuesday, but Jerusalemâs District Court said that given the severity of the coronavirus crisis it had been instructed to hear âonly urgent mattersâ.In Netanyahuâs trial, âwe have decided to postpone the first hearing until 24 May,â the court said.Â Netanyahu is accused of a range of offences including receiving improper gifts and offering a media mogul lucrative regulatory changes in exchange for favourable coverage.He denies wrongdoing. Â