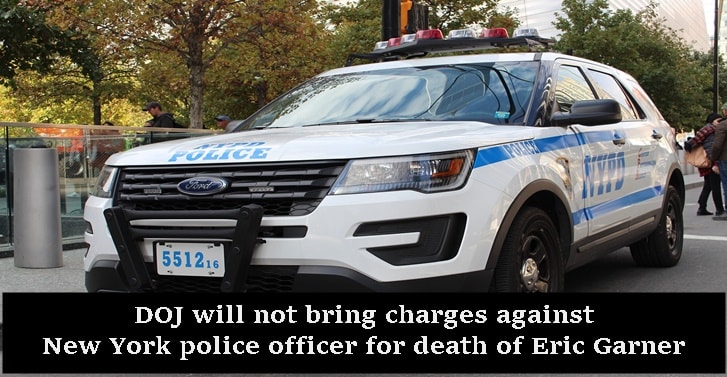 US Attorney for the Eastern District of New York, Richard Donoghue, announced during aÂ press conferenceÂ Tuesday that the Department of Justice will not pursue charges against a New York City police officer in the death of Eric Garner.

The incident involving police officer Daniel Pantaleo and Eric Garner featured a recorded video of the altercation that prompted protests after Garner died from not being able to breathe from the officerâs choke hold. The US Attorney cited the high legal standard protecting police officers mistakes, fear, misconceptions, or even poor judgment while on the job and the lack of evidence demonstrating willful conduct to prosecute Pantaleo. The decision made by Attorney General William Barr ends a five-year battle to prosecute Pantaleo for criminal charges related to Garnerâs death in 2014.