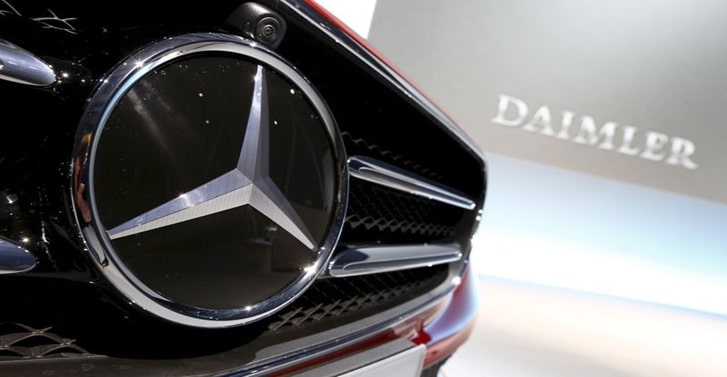 Daimler AG will pay $2.2 billion to resolve a U.S. government diesel emissions cheating investigation and claims from 250,000 U.S. vehicle owners, court documents show. The German automaker and its Mercedes-Benz USA LLC unit disclosed on Aug. 13 it had reached a settlement in principle resolving civil and environmental claims tied to 250,000 U.S. diesel cars and vans after the automaker used software to evade emissions rules. Daimler said in August expected costs of settlements with U.S. authorities would total $1.5 billion, settling with owners will cost another $700 million and also disclosed âfurther expenses of a mid three-digit-million EUR (euro) amount to fulfill requirements of the settlements. Deputy Attorney General Jeff Rosen said the settlements, which follow a nearly five-year investigation, will âserve to deter any others who may be tempted to violate our nationâs pollution laws in the future.â

In court documents, Daimler agreed to pay 250,000 owners up to $3,290 each to get polluting vehicles repaired and agreed not to oppose paying $83.4 million in attorneys fees and expenses for the ownersâ lawyers. Owners will get $800 less if a prior owner files a valid claim. Daimler noted in court papers it denies the allegations âand does not admit any liability. The settlement does not include an external compliance monitor, it added. The German automaker still faces an ongoing criminal back investigation and could face additional U.S. financial penalties. The settlements require Daimler to address the vehiclesâ excess emissions as part of binding consent decrees. Daimler will issue recalls and extended warranties but is not required to buy back vehicles unless it is unable to offer an emissions fix within a required timetable.

The Justice Department said Daimler failed to disclose at least 16 auxiliary emissions control devices, the government alleged, allowing âvehicles to perform in a variety of consumer-desirable ways, including allowing for fewer (diesel exhaust fluid) tank refills (and) better fuel mileage.â The settlement includes an $875 million civil penalty levied under the Clean Air Act and $546 million to fix the polluting vehicles and offset excess emissions, court papers show. Daimler will pay California $285.6 million in total. Diesel vehicles have come under scrutiny in the United States since Volkswagen AGÂ VOWG_p.DEÂ admitted in September 2015 to installing secret software on 580,000 U.S. vehicles that allowed them to emit up to 40 times legally allowable emissions.

Lawyers In The USA

In September 2019, Daimler in Germany agreed to pay a fine of 870 million euros ($1 billion) for breaking diesel emissions regulations. Both Volkswagen and Daimler have halted sales of U.S. passenger diesel vehicles. Fiat Chrysler Automobiles NV in 2019 reached a settlement worth about $800 million to resolve claims by regulators and owners that it used illegal software that produced false results on diesel-emissions tests. Fiat Chrysler said in July it was in talks to resolve an ongoing Justice Department criminal probe.