Does the rule of law apply to Trump? The U.S. Supreme Court must decide 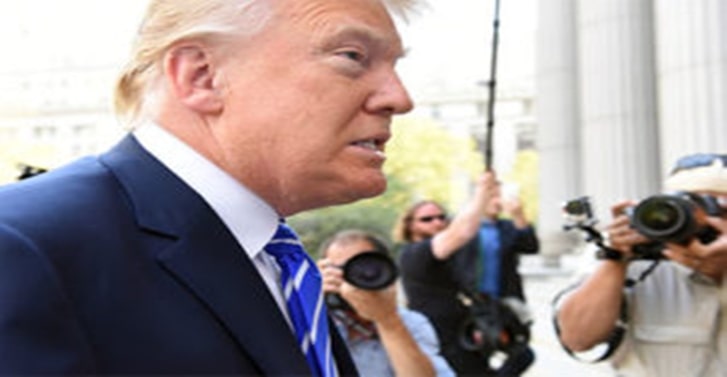 Is the president of the United States above the law? That is the issue in the cases argued in the Supreme Court on Tuesday morning (May 12).President Trumpâs lawyers, along with the U.S. Justice Department, argued to the justices that information about the president cannot be subpoenaed from those who do business with him, such as from his accountants or his banks. Their claim is not simply that the president is immune from subpoenas, but that he can block all who do business with him from providing information, whether it is a criminal investigation of acts that occurred before he took office or a congressional investigation.This expansive immunity for a president would be unprecedented in American history. That is why every lower court â three federal district courts and three federal courts of appeals â ruled against Trump.Based on Supreme Court precedents, I think these should be easy cases for the high court â as they were for every lower court that rejected Trumpâs claim. These are subpoenas directed at private entities for actions unrelated to Trumpâs conduct in office and for the important purposes of congressional and grand jury investigations. In 1974, in United States vs. Nixon, the Supreme Court unanimously rejected the claim that the president is immune from subpoenas.

Still, itâs always difficult to predict from the oral argument whether legal precedents will carry the day, especially with an ideologically divided court and a politically polarizing president.The first matter heard Tuesday were two cases that were consolidated for oral argument:Â Trump vs. Mazars USAÂ andÂ Trump vs. Deutsche Bank. The former involves a subpoena to Trumpâs accountants by the House Oversight and Reform Committee, which is investigating his financial involvement and that of his businesses with Russian companies, and the accuracy of financial statements he made to obtain loans and reduce taxes. The latter case involves subpoenas from the House Financial Services and Intelligence committees that were directed at two financial institutions that did business with Trump, Deutsche Bank and Capital One.The House argues it seeks the records from Mazars USA, an accounting firm for Trump and his businesses, and from Deutsche Bank and Capital One for the legitimate purpose of investigating whether Congress should amend federal conflict-of-interest and financial disclosure laws, as well as laws regulating banks.

During the argument, the justices appeared neither to want to give the president total immunity in such cases nor to give Congress carte blanche in issuing subpoenas to parties doing business with the president.Justice Brett M. Kavanaugh, for one, seemed to favor the presidentâs position and want Congress to show a âheightened needâ for the information. But the liberal justices seemed to side with Congress, noting, as Justice Sonia Sotomayor did, that the information the House committees sought is from private entities about actions having nothing to do with Trumpâs performance as president.The other case argued wasÂ Trump vs. Vance, which involves a state grand jury subpoena for Trumpâs business and personal records in connection with an investigation of hush money that was paid by the Trump Organization during the 2016 campaign to Stormy Daniels to keep her from revealing a sexual relationship with him. The inquiry is into whether these payments violated New York campaign finance law. Trump sued in federal court to keep Mazars USA from turning over the financial records.Trumpâs lawyer, Jay Sekulow, argued that the president is completely immune from criminal investigation, including subpoenas for documents from third parties for actions taken before assuming office. But that absolute position seemed to attract little support from the justices.Solicitor General Noel Francisco, also arguing in support of Trumpâs position, said that there has to be a showing of âspecial needâ to subpoena information concerning the president. But as several of the more liberal justices pointed out, there is no reason why the usual standard â that there be a good faith basis for the grand jury investigation and that that subpoena be reasonable in its scope and burden â is inadequate. They, and Justice Samuel A. Alito Jr., identified the difficulty with applying a âspecial needsâ analysis to grand jury proceedings.Hovering over these cases is the possibility that legal proceedings could be used to harass any president, now or in the future. But as was pointed out during the arguments, in Clinton vs. Jones in 1997, the Supreme Court held that President Clinton could be civilly sued for actions that took place before he was in office. The court unanimously rejected the argument that concern for possible harassment of the president justified absolute presidential immunity.The current court, though, is more ideologically polarized than it was, even at the height of the hyper-partisan Clinton era. Can the Supreme Court overcome this and perhaps even reach a unanimous decision, as it did in United States vs. Nixon and Clinton vs. Jones?The core of the rule of law is that no one, not even the president, is above the law. These cases will show whether the Supreme Court will uphold the rule of law when it comes to the Trump presidency.