Drug Addiction Which Is A Silent Killer 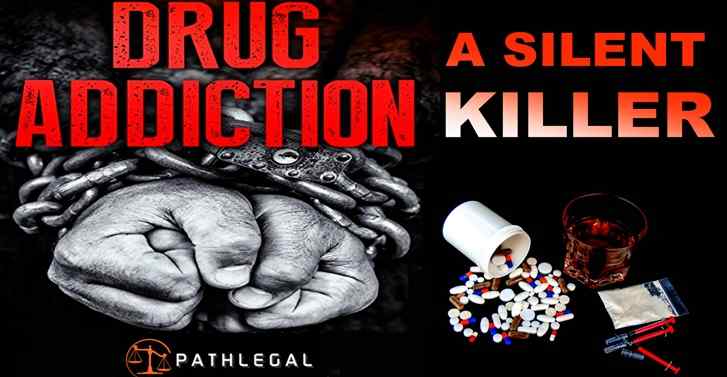 This has become a normal amongst most youth who are unaware of the hazardous effects of drugs. Why youth of today resorted to drugs? What makes them go back to drugs again and again? Does it have anything to do with the fast pace of life in this modern age?

So what are drugs? Drugs are those substances which when consumed can change the functioning of the human body drastically. It can affect physically and mentally. There are legal and illegal drugs. Drugs that affect the main nervous system of the human body causing alterations in thoughts, mood, consciousness are called Psychoactive drugs or Psychopharmaceutical drugs or psychotropic drugs.

Psychoactive drugs are of the following :

1. Depressants- These are drugs that reduce the activity of the main nervous system of the human body like heroin, alcohol.

2. Stimulants â Such drugs which speeds up the activity of the brain like nicotine, caffeine

4. Other â They are such drugs which can have more than one of the above properties.

Drug addiction is such that the human body once consumes a drug then the body has an inability to control the use of the drug and become dependent on the drug and reach a point where survival is difficult without the drug. This is also called substance disorder. This affects behaviour and thinking process of the human. It begins by peer experimenting or out of curiosity. Marijuana, nicotine are instances of drugs. The drugs are used even if they are harmful.

The individual becomes unaware of how quickly the person is addicted to drugs and as the addiction becomes more and more the quantity too increases. Then the point reaches where the person feels better and dependency becomes more.

The first sign visible is that the addicted person is dependent and finds it difficult to survive. The urge to have drugs, again and again, is the only thought that crosses the mind of the person. As time goes on, the consumption of drugs increases and makes sure that there is a continuous supply of drugs and is more important than food and water. The amount spent and to be spent also quickens and creates affordability problems and becomes financially poor. The daily routine, mentality and behavioural aspects of the person changes in a drastic manner.

It is a medical treatment enabling the drug-addicted person to avoid drugs or cease to avoid drugs. Counseling, sharing experience with other addicts, treatments for the psychological and depression problems caused in the individual. Drug treatment centers are there which gives treatment in the de-addiction of drugs and helps the person live a normal life.