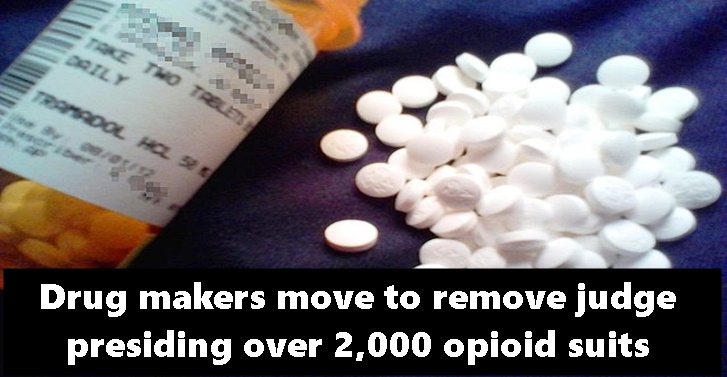 Numerous drug makers engaged in multi-district litigation (MDL) of more than 2,000 opioid lawsuits, filed a motion on Saturday calling for the disqualification of the presiding judge. In the memorandum issued in support of the motion, the drug companies claim that US District Judge Dan Polster is biased against the companies.

MDL cases arise when there are many cases filed in multiple districts all containing one or more common questions of fact. In light of the opioid epidemic, thousands of lawsuits were filed across multiple federal districts claiming the drug companies were at fault. As a result, these cases were consolidated into one matter, with one judge presiding.

Since the onset of this MDL, Polster has pushed for settlement. Last week Polster approved a ânegotiation classâ that could include all jurisdictions in any settlement negotiation, if they agreed to it. The planâs purpose is to prevent more lawsuits while advocating for global settlements so that communities everywhere get some money from any settlement.

The drug makers contend that Polsterâs many statements advocating for settlement show bias against the companies. They cite Polsterâs argument that settlements will quickly alleviate hardships in communities affected by the opioid epidemic, as problematic and favored toward drug companies losing money.

In response to the motion and memorandum, plaintiffs called the attempt to remove Polster a âdesperate attemptâ to delay the case. As part of the MDL, two Ohio counties, Cuyahoga and Summit, are scheduled to begin trial next month.