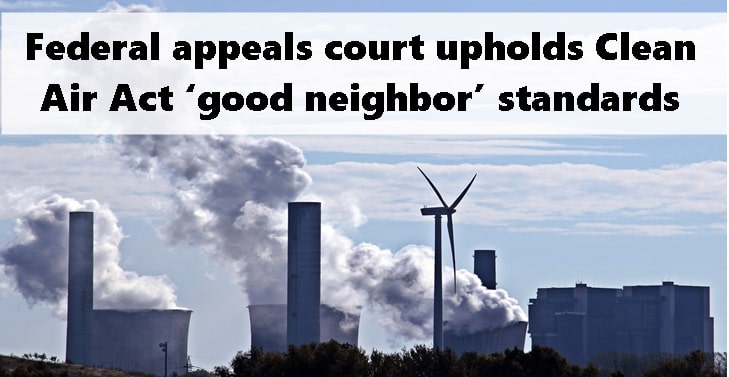 The US Court of Appeals for the District of Columbia Circuit ruled Friday that a stricter air quality rule imposed by the US Environmental Protection Agency (EPA) in 2016 is constitutional under its authority established by the Clean Air Act.

The Clean Air Act includes a Good Neighbor provision to address problems of upwind statesâ pollution impairing downwind statesâ air quality. This provision prohibits states from âemitting any air pollutant in amountsâ that will âcontribute significantly to non-attainmentâ or âinterfere with maintenanceâ of air quality in other states, the ruling explains. This provision was upheld by the Supreme Court in 2014.

The EPA updated the rule in 2016 to tighten standards. Several coal companies and seven states sued the EPA over the changes, arguing the rules unlawfully overregulate upwind emissions sources.

The federal appeals court rejected what it called âa smÃ¶rgÃ¥sbord of argumentsâ by the companies and states, addressed in its 60-page opinion, finding that the rule properly implements the EPAâs obligations as outlined in the Clean Air Act. In fact, the court, in addition, held that one portion of the Cross-State Air Pollution Rule, the deadlines component, is not strict enough to meet Clean Air Act standards.