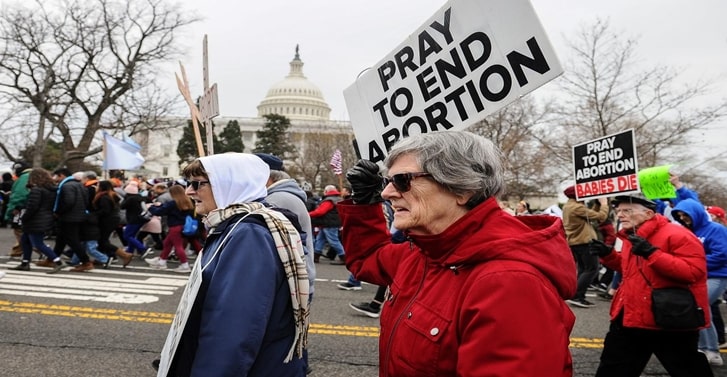 (Reuters) - A federal judge on Friday temporarily blocked parts of a new Tennessee law that bans abortions once a heartbeat is detected in a fetus, one of the tightest restrictions on the procedure in the United States.Tennessee lawmakers last month passed the measure, which prohibits abortions once a fetal heartbeat is detected at around six weeks. That is often before a woman realizes she is pregnant.The legislation was signed into law on July 13 by Governor Bill Lee, a Republican.But U.S. District Judge William Campbell Jr. wrote in his ruling that plaintiffs who challenged two specific previsions of the law had demonstrated âa strong likelihood of successâ that they could show parts of it are unconstitutional.

Campbell also wrote that the measure would âimmediately impact most patients in Tennessee who seek previability abortions.âThe Tennessee law is part of a wave of similar strict anti-abortion measures passed by Republican-majority legislatures in an effort to prompt the U.S. Supreme Court to overturn Roe v. Wade, the landmark 1973 case that guarantees a womanâs constitutional right to abortion.In the last two years, federal judges have struck down âfetal heartbeatâ laws banning abortion after six weeks in several states on grounds they were unconstitutional.Tennesseeâs law makes it a felony for health providers to perform abortions after six weeks. It makes exceptions for life-saving abortions performed prior to six weeks, but does not exempt cases of rape or incest.Abortion is one of the most polarizing issues in U.S. society. Opponents cite religious beliefs about the sanctity of life, while abortion rights activists say restrictions rob women of control over their bodies and futures.The joint lawsuit that Campbell ruled on was filed on behalf of abortion providers by the Center for Reproductive Rights, the American Civil Liberties Union, Planned Parenthood Federation of America and the ACLU of Tennessee.