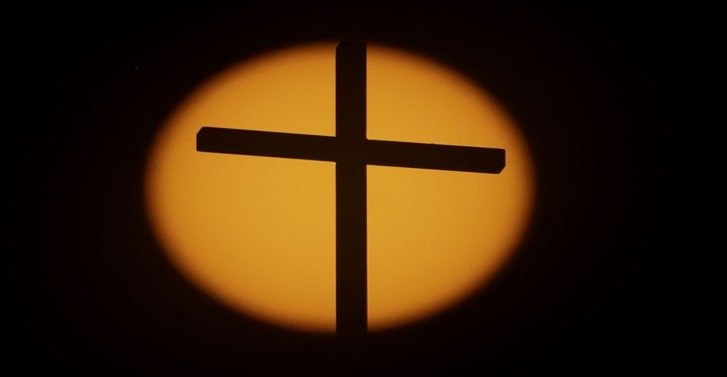 When a state grand jury reported in 2016 on the Roman Catholic Diocese of Altoona-Johnstown, it declared that âwidespread abuse of children was assisted by priests and bishops who covered up the abuse rather than properly report it.â When another grand jury in 2018 reported on abuse in six more Catholic dioceses, it said succinctly: âThey hid it all.âCan plaintiffs sue over such alleged cover-up, banking their allegations on the claims of a fraud and conspiracy that extended for decades until the grand juries broke the churchâs cover? Or has the time long passed for anyone to pursue a legal claim based on new revelations by the grand juries, given that lawsuits and news articles have accused the church of such cover-ups since the 1980s?Thatâs at the heart of a dueling set of written arguments recently filed with the Pennsylvania Supreme Court.The arguments center on one case,Â a lawsuit by Renee Rice of AltoonaÂ against the Diocese of Altoona-Johnstown, but the precedent will affect numerous other such lawsuits pending in county courts against multiple dioceses, including Pittsburghâs and Greensburgâs, based on the same legal theories. If she prevails, others can press their claims against dioceses, which could face massive payouts, a prospect that already was a factor in the Diocese of Harrisburgâs filing for bankruptcy.Several state and national interest groups filedÂ amicus curiae briefs in the high-stakes case, raising questions ranging from religious liberty to the length of time it takes survivors to come to terms with their abuse. On one side are dioceses such as Greensburg and Erie, and the Pennsylvania Catholic Conference, which represents all the stateâs dioceses. On the other are advocacy groups such as Child USA andÂ Survivors Network of those Abused by Priests.Ms. Riceâs lawsuit, filed in 2016, was dismissed by a Blair County judge who said theÂ statute of limitations precluded suing over long-ago abuse.But theÂ Superior Court last year ruled she could pursue her claimÂ that the Altoona-Johnstown diocese engaged in fraud and conspiracy to cover up sexual abuse by numerous priests, including the one she said abused her in the 1970s and 1980s, the Rev. Charles Bodziak. In similar cases in previous years, the Superior Court had ruled in favor of the church, but it based its latest ruling on a new Supreme Court precedent in a medical malpractice case, which said a patient with Lyme disease could sue long after a misdiagnosis because it took years for the disease to manifest itself.

The Supreme Court, whichÂ agreed to hear the Altoona-Johnstown dioceseâs appeal, has not yet scheduled oral arguments, but both sides and their supporters argued their cases in hundreds of pages of legal filings in recent weeks.The diocese, represented by attorney Eric Anderson, wrote that, unlike in the case of a slow-developing disease, âthe harm involved in sexual battery cases is immediately ascertainable by plaintiffs at the time of the abuse.ââPlaintiff became aware of her initial injury approximately 41 years before she filed her first complaint yet failed to investigate the [dioceseâs] potential liability, despite knowing they employed her abuser and some of the abuse occurred on church property,â he argued.The court, he said, should not allow the âevisceration of ... the obligation of a plaintiff to exercise due diligence and conduct a reasonable investigation,â he wrote, adding that when a bishop invited her to participate in an investigation of the priest back in 2006, she refused.But Ms. Riceâs attorneys, Alan Perer and Richard Serbin, said the dioceseâs arguments miss the point.Â âRice acknowledges ... she knew she was sexually assaulted; knew that Bodziak was the priest who assaulted her; knew defendants employed him; and knew that the assault harmed her,â they wrote.â...Â What Rice alleges she neither knew nor suspected until the Grand Jury Report was issued in 2016 are facts that underlie her claims,â they wrote. The diocese, they said, presentedÂ âBodziak out as a cleric in good standing by retaining him as an active priest with access to children until 2016; held other predator-priests out as upright clerics by allowing them to serve in the diocese's parish and schools; ... and made repeated and unequivocal public statements that they did not tolerate or ignore the sexual abuse of children and investigated all allegations of such behavior.âThey said even the 2006 investigation involved a diocesan victimâs advocate who, the grand jury report said, worked more for the diocese than the victims.Among the advocacy groups siding with Ms. Rice is Philadelphia-based Child USA. It argued that many victims have since childhood used âcoping strategies to avoid recognizing the abuse they suffered.âThese might include âdenial, dissociation and repression,â said the groupâs attorneys, Charles Becker and Marci Hamilton. â... AÂ child who appeared unharmed by childhood sexual abuse canÂ develop debilitating symptoms years later. This delayed onset of symptoms makes it difficult, if not impossible, for a victim to connect his or her problems to sexual abuse suffered decades before.âThe Pennsylvania Catholic Conference, however, took issue with the Superior Courtâs conclusion that the Altoona-Johnstown diocese owed an extra fiduciary duty to Ms. Rice as a âparishioner-plus,â given that she was not only a parishioner but also a child and a volunteer who had relied on the churchâs representations that its priests were trustworthy.Conference attorney David Dye argued that this standard requiresÂ an unconstitutional meddling into âthe essence and nature of church membership,âÂ because the only way to determine if the church owed an extra duty to a parishioner would be to probe its teachings and practices.Â âHow many times must a church member receive the Sacrament of Reconciliation before becoming a parishioner-plus?â Mr. Dye wrote. âDoes every altar server, lector, musician or sacristan become a âparishioner-plus,â or only those who develop an intimate relationship with the clergy? Does attendance at daily Mass trigger the rule?âThe conference also submitted scores of news articles dating back decades on sexual abuse and cover-up in the church, arguing that no reasonably diligent victim could âseriously contend that only a grand jury report authored by the Attorney General of the Commonwealth 35 years after the fact could alert her that she should begin to make inquiry about possibly bringing suit against the diocese.âBut Ms. Riceâs attorneys argued the Supreme Court should uphold the Superior Courtâs conclusion that she should get a chance to prove her claims in court.Â The âfactual dispute ... must be resolved by a jury,â they said.