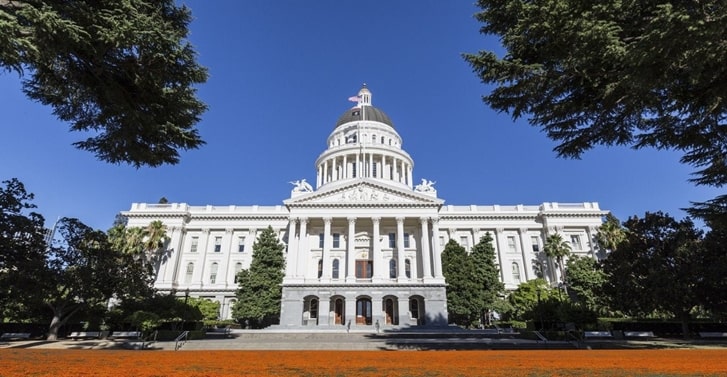 Today is the last day for the California Legislature to send bills to Gov. Gavin Newsom. Under consideration: a reparations committee, diversity on corporate boards and extended eviction protections.This isÂ Erin RodeÂ of the Ventura County Star with Monday's news.Â In CaliforniaÂ brings youÂ top Golden State stories and commentary from across the USA TODAY Network and beyond.Â Get it free,Â straight to your inbox. Â Happy last day of the Legislative session!Today's a big day for Sacramento: It's the deadline for the California Senate and Assembly to pass bills and send them to Gov.Â Gavin Newsom for his signature.Renters, landlords and advocates have their eyes on AB 3088, also known as the "Tenant, Homeowner, and Small Landlord Relief and Stabilization Act of 2020." TheÂ last-minute proposal endorsed Friday by Newsom and state legislative leadersÂ would extend eviction protections for those who were financially impacted by the coronavirus until February. ButÂ renters will have to pay at least 25% of their cumulatively owed rent between Sept. 1 and Jan. 31.Â CalMatters has a handy tracker of all the bills the Legislature has passed, and will continue to update the list throughout the night.Â Here's a sample of the bills that could become law:Â AB 3121 would establish a reparations committee that would provide recommendations on how the state can provide reparations for slavery.AB 979 aims to increase diversity on corporate boards by requiring people from "underrepresented communities" to have at least one seat on corporate boards in California. It follows a 2018 law that required companies to add a woman to their corporate boards.Â SB 1290 would get rid of all debt owed by parents for their children's incarceration in the juvenile justice system, such as the cost of an electric monitoring bracelet. While a 2018 law stopped the practice of these fees, it didn't require counties to eliminate the debt from parents who were charged before 2018.Â And some bills have already become law, like SB 793. The new law aims to reduce tobacco use among teens by banning the sale of flavored tobacco, like mango andÂ cotton candy.Â Gov. Newsom signed the bill almost immediatelyÂ after it passed in the Legislature.Â

We're in first place ... for coronavirus cases.August was the deadliest month for the COVID-19 pandemic in California,Â the Los Angeles Times reported. California reported 3,707 COVID-19 deaths in August, an increase of 18% from July. Over the weekend, California also became the first state to reach 700,000 cases. But once adjusted for population, California ranks 21st in the nation for case numbers.Â "Comorbidities,"Â also known as pre-existing conditions,Â have been a hot topic during the coronavirus pandemic. In Ventura County,Â at least 115 deaths have been linked to COVID-19, and in all but two of the cases, the people who died had pre-existing conditions.Â This includes a man in his 90s who fell and hit his head, resulting in a traumatic injury. The immediate cause of his death was listed as subdural hematoma. But he had also tested positive for COVID-19 in the hospital and had been diagnosed for pneumonia that was believed to be linked to the virus.Â COVID-19 and pneumoniaÂ were listed as contributing factors in his death.Â "It contributed to hisÂ death. It was part of why heÂ died," Dr. Christopher Young, Ventura County medical examiner, told the Ventura County Star. "Death is not always a simple, single phenomenon... All of these things are working together."Progress on Bay Area fires while Sequoia Fire growsFirefighters are continuing to make progress against the nearly two dozen wildfires in California,Â including the two lightning complex fires in the Bay Area that have burned over 750,000 acres.Â "Overall, firefighters [are] making great progress. We'll continue to see containment efforts go up," Cal Fire spokesman Daniel BerlantÂ said onÂ Twitter.The LNU Lightning Complex Fire has burned 375,209 acres, destroyed over 1,200 homes and killed five people since starting on Aug. 17. As of Sunday afternoon, it was 56% contained.Â The SCU Lightning Complex Fire has burned 377,471 acres since starting on Aug. 18 and was 50% contained as of Sunday.Â ButÂ weather forecasts for Labor Day weekend show another heat wave, which could increase fire risk and air quality issues in the Bay Area.Â

In Tulare County,Â the Sequoia Complex Fire continues to grow.Â The Castle and Shotgun fires that make up the Sequoia Complex have burned a total of 36,562 acres in Sequoia National Forest after burning an additional 10,000 acres over the weekend. More than 550 firefighters are fighting the blaze, which is 0% contained.Â Weekend rallies for Trump and the policeA pro-Trump car caravan in the San Fernando Valley caused confusionÂ after reports of shots fired on Sunday.Â No one was hurt at the rally, but police received reports that a man was firing at the caravan as it traveled along Ventura Boulevard from Woodland Hills to Studio City. It was unclear whether there was physical evidence of gunfire or only witness accounts, the Los Angeles Times reported.Â In Thousand Oaks on Saturday, residents of the Ventura County communityÂ turned out in support of law enforcement for a "Back the Blue" rally.Â More than 100 people attended with "Blue Lives Matter" and "Back the Blue" signs, "Trump 2020" banners and American flags.âWeâre here to protest the villainization of our courageous men and women in blue and the effort across the nation to defund their departments,âÂ Gina Libby, one of the organizers of the event, told the crowd.Mountain lions stay alive during stay-at-home order for humansCommunity members in Monterey CountyÂ donated thousands of backpacks and school supplies for farmworker families.Â Advocates are also looking into purchasing hotspots for families without WiFi.Â The co-owner of a Ventura gymÂ has vowed to continue operating indoorsÂ in spite of legal attempts by Ventura County to stop, including a restraining order.Â Hospitals areÂ seeing a rise in lung issuesÂ during the surge of California wildfires and unhealthy smoke levels.Â Hundreds of teachers in VisaliaÂ protested against distance learning in a demonstration last week. The teachers argue that the distance learning schedule shortchanges students and burdens teachers.A plan toÂ replenish sand lost to erosion at two San Diego County beachesÂ is moving forward.Â While Californians stayed home,Â the number of animals struck and killed by vehicles dropped.Â The number of fatal crashes for mountain lions dropped by 58%.