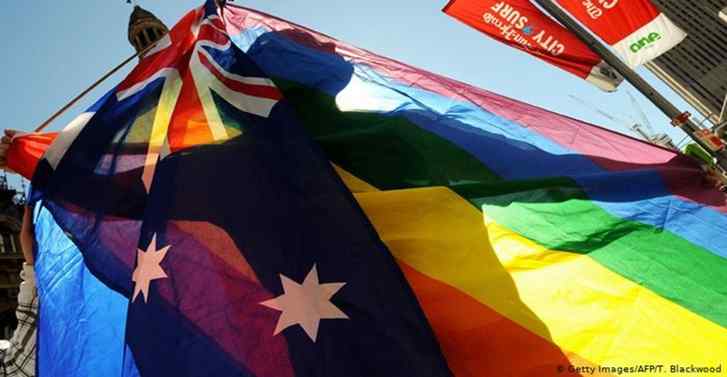 NEW YORK (Thomson Reuters Foundation) - When Fatma Marouf and her wife Bryn Esplin decided to foster refugee children in their home state of Texas, being rejected because of their sexual orientation never crossed their minds.But Catholic Charities Fort Worth, which finds foster homes for unaccompanied refugee children, told the couple in 2017 they were not even eligible to apply because they did not âmirror the Holy Familyâ of Jesus, Mary and Joseph.âI just couldnât believe it,â Marouf, a law professor at Texas A&M University who has worked with Catholic organizations across the country on immigration cases, told the Thomson Reuters Foundation.âItâs hurtful that theyâre willing to work with me for immigration expertise, but somehow still think Iâm inadequate as a person to take care of a child,â said Marouf - one of two gay couples suing the U.S. government for discrimination.The cases reflect a growing tension in the United States between civil rights advocates opposing discrimination and religious groups seeking the right to operate according to their spiritual beliefs.Bishop Michael Olson from the Fort Worth diocese, which oversees Catholic charities, said the foster care program was âfaithful to the Churchâs mission to care for the poor and vulnerableâ.âIt would be tragic if Catholic Charities were not able to provide this help, in accordance with the Gospel values,â he said in a statement.A spokeswoman for the Department of Health and Human Services, which funded the refugee foster care program through a grant to the U.S. Conference of Catholic Bishops, said the Department did not comment on pending litigation.The nationâs top court is set to wade into the escalating conflict between gay rights and religious freedom as well.During its next term starting in October, the U.S. Supreme Court will hear a dispute over the city of Philadelphiaâs refusal to place children with a Catholic agency that bars same-sex couples from fostering.At the state level, the debate is also gaining momentum.In January, Tennessee became the 11th state to pass a bill which protects the right of religious groups to deny adoption and fostering to LGBT+ families. A similar bill is under consideration in Georgia.Â Â Â Â âIt seems like door after door is being closed to us,â said Marouf. âYou could potentially be in a system where you canât foster a child anywhere.â

Advocates fear excluding LGBT+ couples from adoption or foster care could limit the number of potential homes for needy children, particularly given gay men and lesbians are far more likely to adopt and foster children than their straight peers.About 400,000 children are in foster care in the United States, about a quarter of whom are waiting to be adopted, according to U.S. government data.A 2018 study by the University of Californiaâs Williams Institute found that 21% of U.S. same-sex couples had adopted children and 3% had fostered - a rate seven times that of straight couples.âThereâs already a huge shortage of foster parents,â said Marouf. âTo cut off a whole population for an arbitrary reason, based on their sexual orientation or gender identity, is really very sad.âLGBT+ rights groups argue that it is illegal for religious groups that receive taxpayer-funded grants to deny equal rights to prospective gay parents.âWeâre talking about government contractors who are receiving federal funding to do this work,â said Karen Loewy, an attorney with Lambda Legal, the LGBT+ rights group that is suing the government on behalf of Marouf and Esplin.âIf youâre going to enter into this space ... you donât get to claim a religious objection to providing equal treatment to all people.âÂ

The U.S. Supreme Court legalized gay marriage nationwide in 2015, while a series of subsequent court rulings have made adoption by same-sex couples legal in all 50 states.But LGBT+ parents continue to face widespread discrimination when it comes to adopting or raising children.A 2019 study from Tufts Medical Center found that almost two-thirds of gay fathers in the United States experience stigma as homosexual dads, most often in religious settings.Yet a 2015 University of Oregon survey of 19,000 studies related to same-sex parenting found that children raised by gay and lesbian couples were no different than those raised by parents of the opposite sex.For religious groups, the question is not whether gay men and lesbians are fit to be parents, but rather their religious objection to homosexual unions in the first place.âThe ability for the foster care system to (provide) both a mother and a father is something that ... Christian groups support,â said Katherine Beck Johnson, research fellow at the Family Research Council, a U.S. Protestant activist group.Â â(They) want to fulfill their religious calling to help children in need ... in a way that is congruent with their faith.âÂ Conservatives say the government should protect faith-based adoption agenciesâ constitutional right to freedom of religion, rather than refusing to work with them.âNo agency should be punished because of their religious beliefs especially when it comes to kids,â said John Bursch, an attorney at the Alliance Defending Freedom, a conservative legal group which represents Christian adoption providers.Â Â âWhen governments discriminate against religious entities it doesnât do a single thing to help one of those kids to get homes.â

âA LOT OF LOVE TO GIVEâÂ

Some legal experts worry that allowing such exemptions could open the door to other forms of faith-based discrimination.Â Â âYou start with adoption and foster care and you build out from there to restaurants, hotels,â said Katherine Franke, director of the Center for Gender and Sexuality Law at Columbia University.âOnce you start down this road of allowing religious exemptions to generally applicable regulation of businesses, where does this stop?âIn 2018, the Supreme Court sided with a baker who refused to make a wedding cake for a same-sex couple, saying it would violate his Christian beliefs.Â For Marouf and Esplin, the saddest part of their ordeal was being denied the chance to provide a home to a child in need.âWe had a lot of love to give,â said Esplin. âWe couldâve been a perfect fit.â