Iran's Zarif: Trump is "making it worse for America" in the Middle East 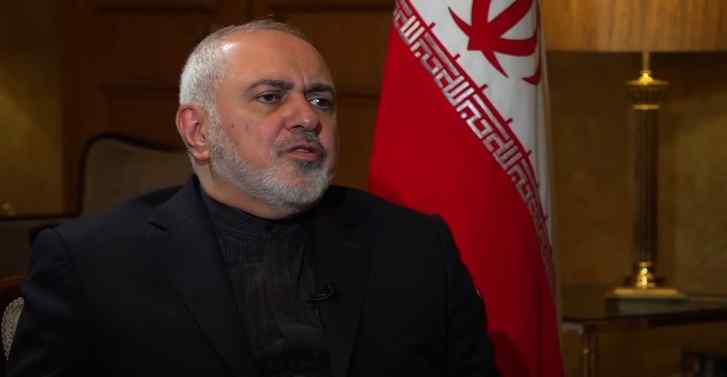 Speaking to CNN in Tehran, Iranian Foreign Minister Javad Zarif said Tuesday that the country is not scared of further US military action following the airstrike which killed top general Qasem Soleimani in Iraq."We will defend our own territory, we will defend our people," Zarif told CNN's Fred Pleitgen. "The United States can defend the United States, but the United States cannot claim to be defending the United States several thousand miles away."Zarif refused to be drawn into how Tehran might retaliate for Soleimani's killing, though experts have pointed to numerous US vulnerabilities across the region in countries where Iran has proxies and allies.

"We have people on our side in this region," Zarif said. "Beautiful military equipment doesn't rule the world, people rule the world. President Trump has to wake up to the reality that the people of this region are enraged, the people of this region want the United States out."Iranians have taken to the streets in their hundreds of thousands in recent days to mourn Soleimani, most recently in the general's hometown of Kerman today."We are here, and we will not move," Zarif said. "We have been here for millennia, the United States is a newcomer."Referencing Trump's threats of further strikes against Iran should Tehran respond to Soleimani's killing, Zarif said that Trump "has to apologize, he has to change course.""He is just making it worse for America ... he has enraged the people of our region," Iran's top diplomat added. "(Trump) said that the US has wasted seven trillion dollars in our region, he has added another trillion (by killing Soleimani). Is the US any more secure for that?"

Iranian lawmakers have unanimously voted for a motion declaring all US forces as "terrorists" in response to the assassination of Iranian General Qassem Soleimani last Friday, according to Iran's state-news agency IRNA.The vote took place during the country's parliamentary session Tuesday, IRNA reported.Â After the plan was approved, delegates chanted, "Death to America."In the same session, the parliament approved an expanded budget for the Quds Force, which Soleimani headed before his death.