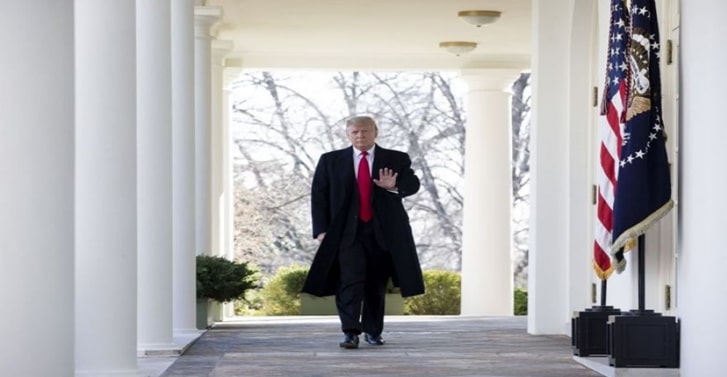 President Donald Trump and his allies lost three court rulings on Thursday in their effort to stop President-elect Joe Biden from taking office, underscoring their dwindling options even as they continued to claim a viable path to victory. In Georgia, a judge appointed by Trump denied a request by Lin Wood, a conservative lawyer, to halt certification of Bidenâs victory in the state. The lawsuit alleged Georgia election officials improperly changed the process for handling absentee ballots.

âTo halt the certification at literally the eleventh hour would breed confusion and disenfranchisement that I find have no basis in fact and law,â said U.S. District Judge Steven Grimberg in Atlanta during a court hearing.

Trumpâs legal advisers, led by his personal lawyer Rudy Giuliani, made unsubstantiated voter fraud claims and laid out what they said was a path to victory on Thursday during a fiery press conference in Washington. Trumpâs strategy for retaining power is focused increasingly on persuading Republican legislators to intervene on his behalf in battleground states Biden won, three people familiar with the effort told Reuters. Shortly after the press conference, a judge in Pennsylvania rejected the Trump campaignâs bid to invalidate about 2,200 ballots in Bucks County, near Philadelphia, over purported defects such as missing âsecrecy envelopes.â

The judge noted that the Trump campaign had stipulated that there was âno evidence of any fraud, misconduct, or any impropriety with respect to the challenged ballots.â Wood and a Trump campaign spokeswoman, Thea McDonald, did not immediately respond to requests for comment. In Arizona, a state court judge tossed a Republican-backed lawsuit seeking to halt Phoenix officials from certifying Biden as the winner.

The Arizona Republican Party had asked Judge John Hannah to order a new audit of ballots in Maricopa County, where the majority of Arizonans live, arguing it had been conducted in a manner that violated state law. The judge did not explain why he was denying the request but said he would issue a lengthier decision soon. The Arizona Republican Party said in a statement that it had sought âjudicial clarificationâ of a law relating to determining a sample for a post-election audit of ballots. The statement said the dispute should be clarified through future legislation.