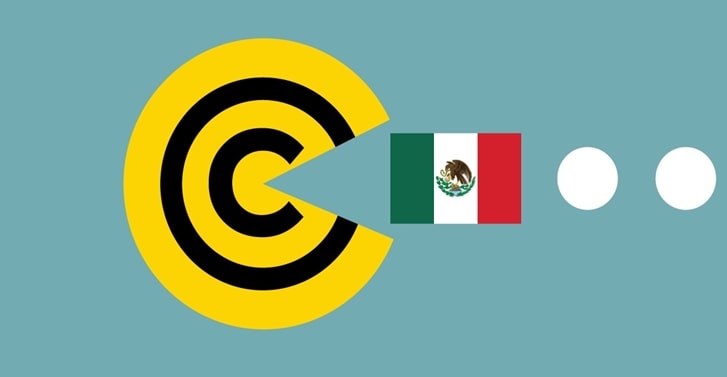 Today, the Electronic Frontier Foundation joins a coalition of international organizations inÂ publishing an open letter of opposition to Mexico's new copyright law; the letter lays out the threats that Mexico's new law poses to fundamental human rights and calls upon Mexico'sÂ National Human Rights CommissionÂ to take action to invalidate this flawed and unsalvageable law.In a rushed process without meaningful consultation or debate,Â Mexico's Congress has adopted a new copyright lawÂ modeledÂ on the U.S. system, without taking any account of the well-publicized, widely acknowledgedÂ problems with American copyright law. The new law was passed as part of a package of legal reforms accompanying the United States-Mexico-Canada Agreement (USMCA), Donald Trump's 2020 successor to 1989's North American Free Trade Agreement (NAFTA).However, Mexico's implementation of this Made-in-America copyright system imposes far more restrictions than either the USMCA demands or that Canada or the USA have imposed on themselves. This new copyright regime places undue burdens on Mexican firms and the Mexican people, conferring a permanent trade advantage on the richer, more developed nations of the USA and Canada, while undermining the fundamental rights of Mexicans guaranteed by the Mexican Constitution and theÂ American Convention on Human Rights.TheÂ opposition thatÂ sprang upÂ after theÂ swift passage of the new Mexican copyright lawÂ faces many barriers, but among the most serious ones is a disinformation campaign that (predictably) characterizes the claims about U.S. copyright law as "fake news". The EFF has more experience with the defects of U.S. copyright law than anyone, and in these coming days we will use it to explain in detail how Mexico's copyright law repeats and magnifies the errors that American lawmakers committed in 1998.In 1998, the U.S. adopted the Digital Millennium Copyright Act (DMCA), a law whose problems the US government has documented in exquisite detail in the decades since.Â By the U.S. government's own account, the DMCA presents serious barriers to:


Despite these manifest defects, the U.S. government successfully pressured Canada into adopting substantially similar legislation in 2011 withÂ the passage of Canada's Bill C-11.Both the U.S. and Canada have taken substantial steps to modify the defects in their copyright law. Canada, in particular,Â used the USMCA as an occasion to rebalance its copyright law, removing some of the onerous terms that Mexico has adopted.In a series of posts over the coming days, we will elucidate the ways in which the Mexican copyright bill imposes undue and unique burdens on Mexico, Mexican people, and Mexican industry, and what lessons MexicoÂ shouldÂ have learned from the U.S. and Canadian experience with this one-sided, overreaching version of copyright for the digital world.In 1998, the US tragically failed to see the import of getting the rules for the Internet right, passing a copyright law that treated the Internet as a glorified entertainment medium. When Canada adopted its law in 2011, it had no excuse for missing the fact that the Internet had become the world's digital nervous system, a medium where we transact our civics and politics; our personal, familial and romantic lives; our commerce and employment; our health and our education.But these failings pale in comparison to the dereliction of Mexican lawmakers in importing this system to Mexico. The pandemic and its lockdown made it clear that everything we do not only involves the Internet: itÂ requiresÂ the Internet. In today's world, it is absolutely inexcusable for a lawmaker to regulate the net as though it were nothing more than a glorified video-on-demand service.Mexico's prosperity depends on getting this right. Even more: the human rights of the Mexican people require that the Congress of Mexico or the Mexican Court get this right.Read the letter from EFF, Derechos Digitales and NGOs around the world to Mexicoâs National Human Rights Commission here.If you are based in Mexico, we urge you to participate in R3D's campaign "Ni Censura ni Candados" and send a letter to Mexico's National Commission for Human Rights to asking them to invalidate this new flawed copyright law. R3D will ask for your name, email address, and your comment, which will be subject to R3D'sÂ privacy policy.