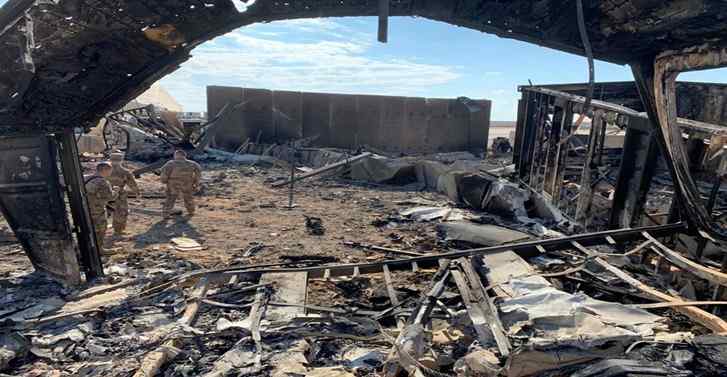 Iranâs Jan. 8 missile strike on a US base last month appears to have been far more serious than President Trump acknowledged in the immediate aftermath of the attack and beyond. CNNÂ is reporting that more than 100 American troops suffered mild traumatic brain injuries during that January strike on the Al Asad military base in Iraq, which came in retaliation for a US drone strike that killed an Iranian general in Iraq. The President initially claimed no US service members were injured in that strike, before later conceding there were casualties, which he trivialized as âheadaches" and other seemingly innocuous maladies. Iran fires more than a dozen missiles at two U.S. airbases in Iraq in retaliation for Trump-ordered Soleimani strike

âNo Americans were harmed in last nightâs attack by the Iranian regime," Trump reported immediately after the attack. "We suffered no casualties. All of our soldiers are safe and only minimal damage was sustained at our military bases.â

Weeks after the assault in Iraq, the Pentagon revealed 64 service members had been injured during that overnight assault. Roughly 200 Americans were reportedly near the base at the time.

âI heard that they had headaches, and a couple of other things, but I would say, and I can report, itâs not very serious,â Trump said after more information about US casualties came forward.

The Pentagon has defended that head injuries arenât always immediately detectable and the president has been kept abreast of developments.

Trump-ordered drone strike kills top Iranian general blamed in Baghdad embassy assault, other anti-US aggressionÂ  The president has drawn criticism from men and women in uniform for his dismissive assessment of US troopsâ injuries. The Veterans of Foreign Wars organization has called for an apology from Trump, while Democratic party front-runner Pete Buttigieg, who served in Afghanistan, questioned his political rivalâs mettle.

âFor the president to belittle that kind of sacrifice, for the president who avoided serving because he said bone spurs made it impossible for him to be able to do his part, to turn around and demean the experience of soldiers in harmâs way who were injured, is one more example of why Donald Trump has no business anywhere near the Situation Room,â Trumpâs potential opponent for the presidency in 2020 said on CBSâ âFace the Nationâ in late January. Trump filed for five draft deferments to avoid serving in the US military during the war in Vietnam. One of those deferments stated Trump couldnât fight because he suffered from bone spurs. The daughter of the Queens doctor who gave Trump that diagnoses told theÂ New York Times her father, who had business with Trumpâs dad, fabricated the alleged ailment. The president couldnât recall which foot had been afflicted with bone spurs when he was asked on the campaign trail.