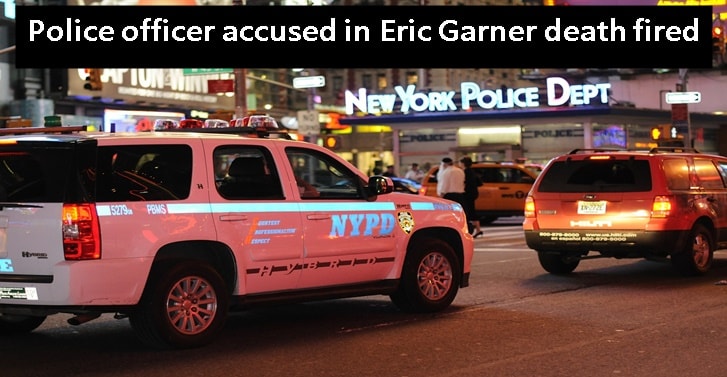 Five year ago, Garner was accused of illegally selling loose cigarettes. When confronted by police, Garner refused to comply with an arrest by then-Officer Pantaleo. Pantaleo clasped and maintained Garner in a chokehold, which was determined to be a prohibited use of unreasonable force. Garner died, saying âI canât breathe,â which was recorded on camera.

OâNeill agreed with the Deputy of Commissioner of Trialsâ legal findings and recommendations to fire Panteleo. His statement at the news conference explored both the burden of fault and the losses experienced by Garner and Panteleo. Because Garner resisted arrest and Panteleo used a dangerous chokehold for an extended period of time, Garner lost his life and Panteleo has lost his chosen career.

The Police Benevolent Association (PBA) released a statement criticizing OâNeill, claiming he had âchosen politics and his own self-interest over the police officers he claims to lead.âThe PBA additionally expressed concern that politicians would be able to affect future outcomes of NYPD disciplinary proceedings.

Garnerâs daughter Emerald Garner was quoted saying, âthank you for doing the right thing â¦ [a] decision that should have been made five years ago.â

OâNeill expressed hope that reconciliation would result from this latest decision.