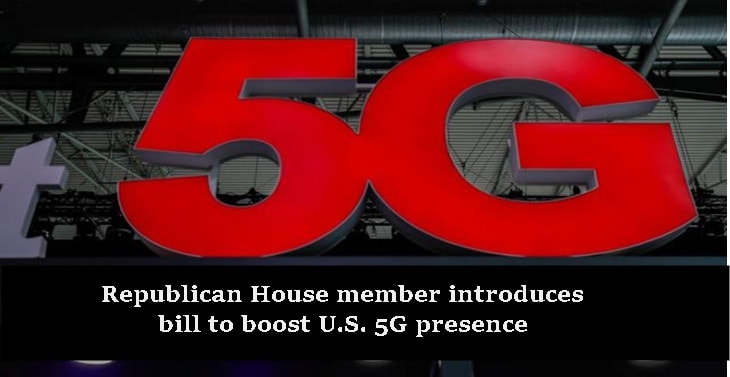 The bill, from U.S. Representative Michael McCaul of Texas, presses the secretary of state to boost the ârepresentation and leadershipâ of the United States at international telecommunication organizations that create standards for the 5G cellular network. That will be necessary to combat attempts by China to gain influence in those groups, the legislation says.

The bill does not ask for additional funding but requests the State Department use its existing appropriations to fund the effort. The bipartisan bill is cosponsored by Representative Henry Cuellar, a Democrat from Texas.

âChinaâs majority control of the worldâs 5G networks, interconnected devices and cloud storage is a risk we cannot accept,â McCaul said in a statement to Reuters. âWe have to show up and compete with them.â

Huawei Technologies Inc has emerged as a central figure in often-tense relations between China and the United States. The race for influence in 5G touches on both economic and national security concerns, with Washington fearing that China is using 5G equipment as espionage tools.

The United States has launched a lobbying effort to persuade U.S. allies to keep Huawei out of next-generation telecommunications infrastructure. Huawei has denied Washingtonâs allegations.

If China wins the race for 5G control, and even if the United States eradicates Chinese equipment domestically, use of Chinese technology in networks abroad âwould create security risksâ for Department of Defense operations overseas, a Defense Innovation Board report said in April.

As 5G is deployed globally, Chinaâs mobile and internet applications and services are âlikely to become dominant,â the report said. This would shut out U.S. vendors, limit competition and deprive U.S. industry of âbetter and cheaperâ supply chains, it added.

Holding standard-essential patents can be extremely lucrative for companies such as Huawei, Qualcomm Inc and Ericsson.

Relations between China and the United States have thawed somewhat as the two have resumed trade talks. The Trump administration may approve licenses to allow U.S. firms to sell products to Huawei in the coming weeks, an official told Reuters.