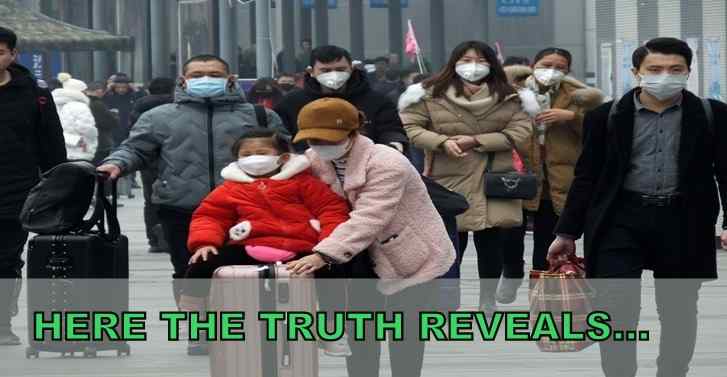 Republican Sen. Tom Cotton suggested that Chinese officials misled the public on the origins of the novel coronavirus, saying it may have originated in a "super-laboratory." At a Senate hearing with US military leaders on Thursday, Cotton said the coronavirus was "worse than Chernobyl." Cotton qualified his remarks by saying "we still don't know where" the virus originated, but his comments come amid numerous conspiracy theories on its origins - including one alleging the virus "originated in lab linked to China's biowarfare program."

Republican Sen. Tom Cotton suggested that Chinese officials misled the public on the origins of the novel coronavirus that has killed at least 362 people and infected more than 17,400 others, saying it may have originated from a "super-laboratory."

At a Senate Armed Service Committee hearing with US military leaders on Thursday, Cotton described the coronavirus as the "biggest and most important story in the world" and "worse than Chernobyl."

Cotton, a longtime China hawk, suggested that Beijing had not been as forthcoming about the number of infections and was in fact "lying about it from the very beginning" to downplay the seriousness of the epidemic. Chinese officials have been accused of lowering the number of cases and tamping down on reports weeks before it was formally acknowledged by the government.

"They also claimed, for almost two months until earlier this week, that it originated in a seafood market in Wuhan," Cotton said, referring to a study published byÂ The Lancet. "That is not the case."

InitialÂ studiesÂ linked the virus to various sources, including a seafood market in Wuhan and to bats. In one of the studies from the Wuhan Institute of Virology, six of the seven virus samples were from patients who worked at the wholesale seafood market in Huanan.

"Of the original 40 cases, 14 of them had no contact with the seafood market, including Patient Zero," Cotton said. "I would note that Wuhan also has China's only bio-safety level four 'super-laboratory' that works with the world's most deadly pathogens to include, yes, coronavirus." Cotton was referring to China's first Biosafety Level 4 lab, the Wuhan National Biosafety Laboratory of the Chinese Academy of Sciences, which investigates "the most dangerous pathogens," according to the USÂ Center for Disease Control and Prevention. While Cotton qualified his remarks by saying "we still don't know where" the virus originated, his comments come amid numerousÂ conspiracy theoriesÂ about the virus's origins - including one in which the virus "originated in lab linked to China's biowarfare program."

The amount of false information spreading across social media platforms has prompted several companies, includingÂ Facebook, to limit the reach of these posts. In a statement, Facebook said it will display "accurate information" and notify users if they are suspected of sharing false or misleading information. China accused the US of "fear and overreaction" after President Donald Trump imposed a temporary travel ban on people who had visited ChinaÂ within the past 14 days.

"In the face of the public health crisis, countries should work together to overcome the difficulties and not shift one's troubles onto others, let alone take advantage of people's precarious position," a Chinese foreign ministry spokeswoman said.