Supreme Court decision aside, some states are better â and some are worse â for LGBTQ community 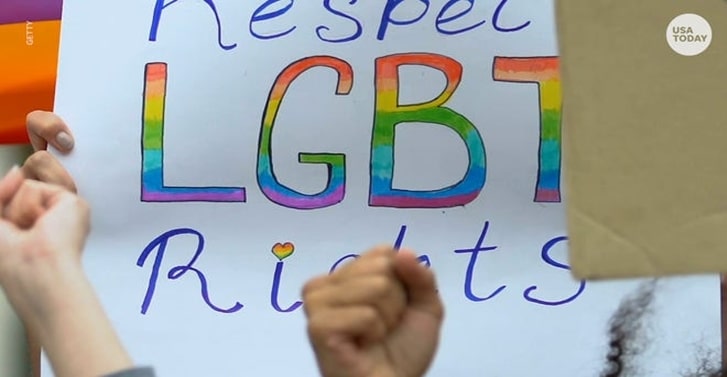 In a major civil rights decision,Â the U.S. Supreme CourtÂ ruled on June 15 that federal law protects workers from job discrimination based on their sexual orientation or expression. Until the ruling, 27 states did not have statewide laws banning such discrimination.While this is progress for LGBTQ rights, the Trump administration on June 12 reversedÂ an Obama era regulation protecting transgender people from discriminationÂ when it comes to health care and health insurance. The new policy re-defines gender under the law as male or female, versus the Obama-era definition of gender as a person's âinternal sense of being male, female, neither or a combination."Across the United States, Americans have increasingly embraced equal treatment and access for lesbian, gay, bisexual, transgender, and queer (LGBTQ) Americans over the last decade. According to a Gallup poll in 2019, 63% of Americans supported same-sex marriage, compared with about 44% in 2010.Â  Some cities are more welcoming to the LGBTQ community than their respective states â Austin, Texas, is one example â but, in general, entire states (rather than just cities within them) are moving toward Â protecting and empowering their LGBTQ residents.

In acknowledgement of Pride month, 24/7 Wall St. reviewed the states most and least welcoming to the LGBTQ community. We created an index of three measures â hate crimes motivated by gender and sexual orientation reported per 100,000 people, laws protecting the LGTBQ community, and the percentage of each state's population who identifies as LGTBQ â to identify the best and worst states for LGBTQ people. Some 396 pro-equality bills were introduced in states across the country in 2019, and 84 of them became law, according to theÂ Human Rights Campaignâs 2019 State Equality Index. The annual report analyzes each state laws and policies affecting LGBTQ people, assessing how well states are doing to protect LGBTQ individuals from discrimination.While there has been no doubt progress toward equality, anti-equality activists and politicians still have a lot of influence â in some states more than others. In Texas alone, 19 anti-LGBTQ bills were filed in 2019. In Iowa, transgender health care benefits were removed from the stateâs medical plan. Across the country, 102 anti-LGBTQ bills were introduced, and seven became laws.Â Even though the U.S. â and the world â is slowly becoming a more welcoming place for LGBTQ people, there are still many places where same-sex relationships are considered criminal behavior.Â