The Constitutional Law Aspects of Impeaching a U.S. President 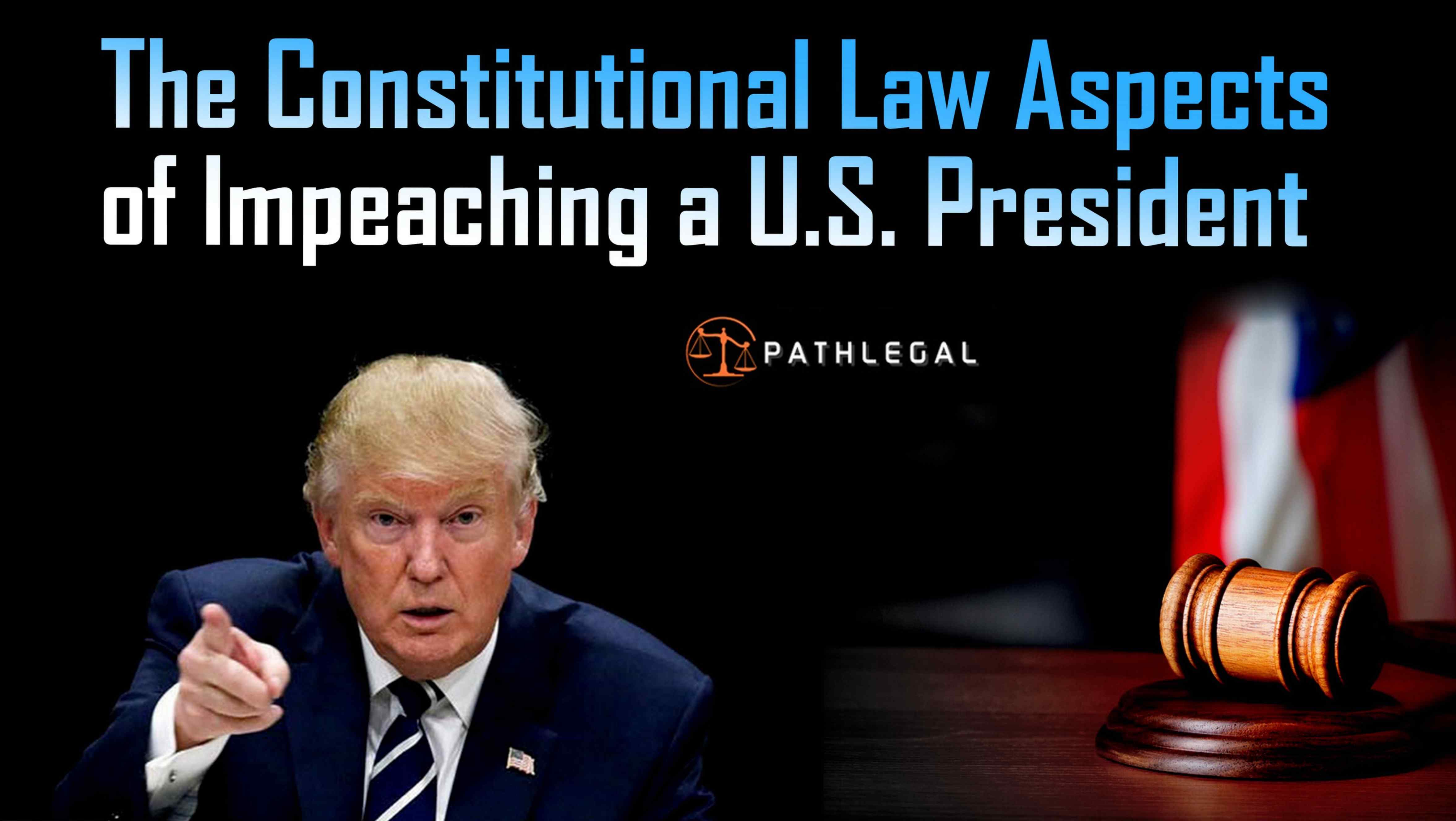 The impeachment of a United States of America President is a comparatively unknown area of U.S. Constitutional Law. Yet the attempt by the majority party in the Lower House of the U.S. Congress to develop Articles of Impeachment against the current 46th President, Donald Trump, is part of the U.S.A. Constitutionâs attempts to create a system of checks-and-balances so that no one branch of Government dominates. The creators of the U.S. Constitution were among the finest legal minds of their generation following the successful rebellion and war for independence of the âAmericansâ against their British overlords of Englandâs Parliament.

In the United States of America, under its Constitution, powerÂ  isÂ  divided into three branches: the Executive (headed by a PresidentÂ  is elected in a nationalÂ  vote), the Legislature (the U.S. Congress, with a lowerÂ  House of Representative and the upper House, the Senate), andÂ  the Judiciary (the Supreme Court.)

TheÂ  checks-and-balances system isÂ  a fluid system, as at times the Executive Branch is more powerful thanÂ  the other two Branches, while at other times the Legislative has the greater power in legislation and oversight powers, and yet at a third time,Â  the Supreme Court and its rulings bind and constrainÂ  both the Executive and the Legislative.

In the particular case of the current impeachment inquiry making headlines across the United States today, the legitimacy and the power ofÂ  the Executive has been constantly challenged since the Democratic Party won a majority of the Lower House of Representative seats, but narrowly lost the Executive post of the Presidency to the Republican candidate, Donald Trump.

The tension between these two branches was heightened by the President winning the national election not by a majority of the popular vote but by the votes of the Electoral College, another feature unique to the United States Constitution. In essence, the legal professionals in the Constitutional Convention of 1787 in Philadelphia sought to balance the representation of the rural states with the already more populous urban states, primarily along the Eastern Seaboard. There are a total of 538 Electoral College members, so the President ultimately is chosen by a majority of at least 270 Electors, not by the national popular vote.

Therefore, when the Republican Party candidate, Donald Trump, was elected President by the Electoral College but not by the majority of the national popular vote, the Democratic majority in the House of Representatives chose to assert the power of the Legislative Branch over the Executive Branch by choosing by January, 2017 to delegitimatize the President through creating grounds for impeaching through the majority vote of Articles of Impeachment.

Since it is not likely that the Supreme Court would rule to upset the checks-and-balances system of the US Constitution by ruling the Legislative Branch supreme, it is unlikely that President Trump will actually leave office because of the current impeachment efforts of the House of Representatives. For more information, you can refer to attorneys in USA.