The Use of Surveillance Cameras in The Workplace: Is It Legal? 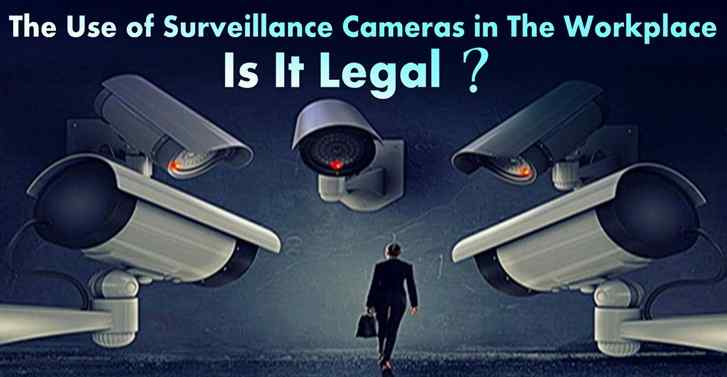 It is legal to put surveillance in the workplace BUT only with the permission or knowledge of the employees. That leaves unanswered the second question: is it wise? That is, is it good management and will it benefit the management by replacing trust with camera equipment?

If your employee feels that you, as an employer, destroy the common trust due to your installation of CCTV cameras in the workplace, they will be able to claim âconstructive dismissal.â

It should go without saying that cameras are not allowed in free areas, in bathrooms and in places where conversations not related to the workplace are held. The potential abuse can quickly lead to major Human Resource problems as well as claims against managers and employers for abusive behavior.

Harvard University has a major article on the psychological consequences of surveillance cameras watching employees.

To quote: âIf surveillance does not provide essential space to a person for their movements and opinions, they will face certain schizophrenic implicationsâ.

Indeed, privacy is definitely required for the effective operation of social structure. Abuse of available technology for means of surveillance and control erode the very fabric of society.

Cameras increase stress, anxiety and reduce productivity. Workers are frightened to take breaks and have an increased risk of repetitive strain injuries. One case arose where a boss constantly flashed a message to a low level, heavily monitored data processor: âYou are working less hard than the person next to youâ. Naturally, this increased anxiety and lowered productivity

When employees are under surveillance, management sends a direct message to the workers indicating that employees are likely to do something wrong and therefore need to be continuously watched and even punished. Sending this type of message depresses employees.

It has been shown in many psychology experiments that people respond better to positive support through rewards where employees perform better. Today, workers under surveillance are like prisoners In the late 18th century Jeremy Bentham introduced the âpanopticon surveillanceâ concept which was designed for prisons, for one to watch over all prisoners. What is happening far too often today is the Bentham surveillance method to be technologically enabled.

Employees need their time to take rest and have at least 2 minutes of break in between. They should not be treated as ârobotsâ, machines programmed for a particular job. Even Roberts run out of battery at a point.

Most employees in India are working for a smaller amount of salary with heavy amounts of work. This includes intellectual work as well as physical work.

When companies donât even give Provident fund or other incentives to employees, the use of surveillance cameras will not increase productivity but make the employees prisoners compelled to do labour as part of their prison sentence.

This means not only lost productivity and creativity but sub-standard work because the quality of the work doesnât appear to matter to the employer.