The reason why Americans Will Keep Their Guns 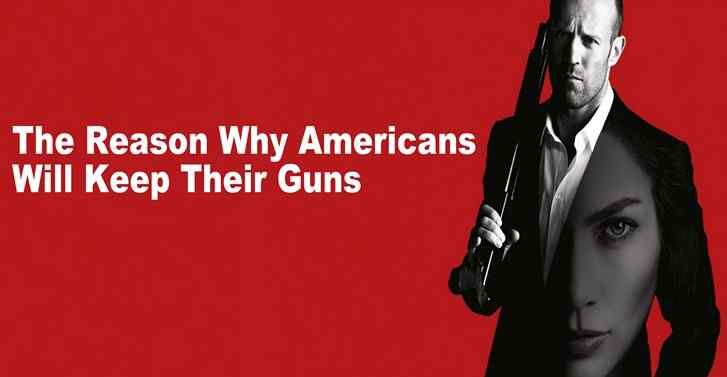 For visitors from around the world, the ease of purchasing, owning and using guns in the United States of America (âthe U.S.â) is shocking. Gun shops proliferate in the cities and towns. There someone with a Driverâs License can openly buy rifles, pistols, and even semi-automatic AK-47âs if one chooses. And the ammunition for the guns purchased.

Gun purchase laws are regulated by State Law with the Constitutional protections of the Second Amendment of the U.S. Constitution. This reads: âA well regulated Militia, being necessary to the security of a free State, the right of the people to keep and bear Arms, shall not be infringed.â

To understand the reasoning for this Amendment, one has to go back to the days in US history which followed the War for Independence 1776-1782 and the Second War against the British of 1812-1815. In both these wars, it was the US citizenry, as volunteers, who as often as not carried their own rifles and pistols into battle against the British regular army soldier.

At the same time, North America was largely forested except along the eastern seaboard coast. Land grants had been given out freely to the veterans of the âRevolutionary Warâ and the War of 1812. But the clearing of the land required the new landholder to go into the forests and stake their claim. Veterans who did so, along with their families, naturally carried their rifles and pistols, since it was vital to kill animals for food and to protect the land claim on arrival with the force of their guns. And wars continue to involve the US citizenry to this day.

Thus the culture of gun ownership goes very deep into the psyche and history of the US and its citizens. Attempting to curb gun purchase is immediately seen as an attempt to abrogate the Constitutional rights of the citizenry, and violent protests can be expected. There is no limit to the funding available through powerful associations like the National Rifle Association to âprotect the Constitution by protecting gun rights.â

It should come as no surprise to those who try to understand the US, its politics, its headlines, and its culture that gun rights, therefore, are not only about the physical possession of the rifle, pistol or semi-automatic weapon itself but about the role of the State and its powers. In general, those who identify and vote as members of the Republican Party favour individual gun rights, while the Democratic Party itself is split between those who vote Democratic Party but favour individual rights and those who vote Democratic Party and favour the right of the State to control guns.

The November 2020 will find gun rights, therefore, a central issue. It may be an issue that could swing the November 2020 election to the Republican Party. Attorneys in USA will help youÂ to guide to know more about laws related to possessing a gun.