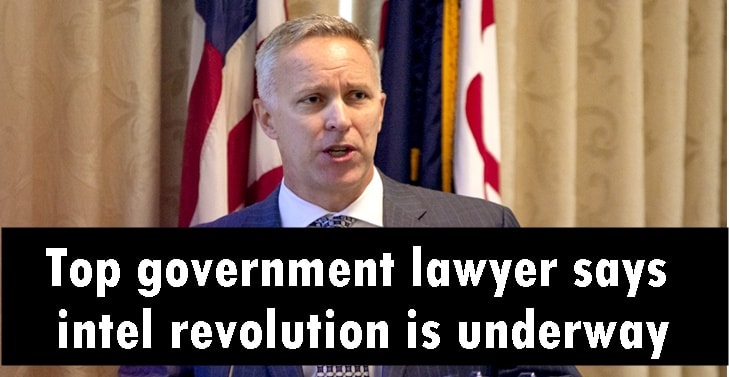 Other nations, terrorists and rogue players are making more frequent and persistent national security threats to the United States, said Thomas Monheim, general counsel at the National Geospatial-Intelligence Agency (NGA), speaking at a Sept. 17 breakfast meeting of the ABA Standing Committee on Law and National Security.

âNever before in history has so much information been available to so many people for so many uses,â Monheim said. âThe government monopoly on geospatial intelligence is long gone.â He defines this as intelligence that describes or depicts people, their activities and locations anywhere on the earth, including above or below its surface.

When it comes to privacy, NGA has detailed guidance on the collection, use, retention and dissemination of U.S. citizensâ information. The Supreme Court has grappled with how the Fourth Amendment and a citizenâs reasonable expectation of privacy apply to evolving geospatial intelligence location or remote sensing technologies, Monheim said.

Monheim identified outer space as the primary driver of the geospatial intelligence revolution, as space capabilities have become more accessible to countries, industries and individuals. For example, he said the number of countries launching satellites more than doubled from 2016 to 2018, from fewer than 20 to more than 40. The number of satellites launched also doubled, from fewer than 200 to more than 400. âThis rapid expansion presents many challenges and opportunities for lawyers,â he said.

One emerging challenge is the congestion of space and the electromagnetic spectrum. There are now more than 20,000 satellites orbiting Earth, Monheim said. Space is also increasingly contested by U.S. adversaries like Russia and China, according to this yearâs worldwide threat assessment. To further complicate the picture, geospatial intelligence doesnât fit neatly into existing legal arenas, he said.

More satellites mean more data â lots more data. âAs a former NGA director estimated, we would need to employ 8 million analysts to sift through all the imagery we expect to receive in the coming years,â Monheim said. Â