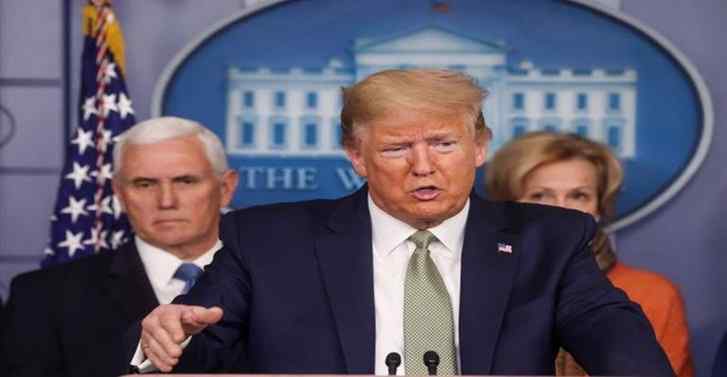 FollowingÂ reportsÂ that the Trump administration intends to issue a new rule that would allow U.S. agents to turn back all asylum-seekers entering from Mexico in light of the coronavirus pandemic, Charanya Krishnaswami, Advocacy Director for the Americas at Amnesty International USA (AIUSA) issued the below statement:âThe Trump administrationâs ban on asylum-seekers coming from Mexico has nothing to do with making Americans safer from the coronavirus pandemic. President Trump is engaging in fear-mongering to justify racist and discriminatory policies whose only purpose is to demonize people seeking safety. Closing the southern border is a reactionary measure that has virtually no basis in fact.ââThe Trump administration cannot suddenly suspend U.S. obligations to people seeking safety. A blanket ban on asylum-seekers goes against the U.S. governmentâs domestic and international legal obligations, plain and simple. A similar 2018 ban was swiftly declared unlawful by every court to have considered it as an egregious violation of the right to seek asylum.ââThe Trump administration has already sent tens of thousands of asylum-seekers to harmâs way in Mexico, forcing them to survive in dangerous and precarious conditions and exposing them to appalling risks of kidnapping, torture, and other abuses. Instead of doubling down on these failed tactics, the Trump administration should reverse these cruel and punitive policies and allow people to seek safety following the process required by U.S. and international law. â

Yesterday, Amnesty International USA, along with Human Rights First and Physicians for Human Rights,Â sent letters to governors and state health officialsÂ in 13 states asking that they pressure the federal government to release immigration detainees being held in their states and urged the acting head of the Department of Homeland Security to release asylum-seekers and immigrants currently held in inadequate conditions in immigration detention facilities. During a public health crisis,Â the government must actÂ to protect the health of all people and ensure access to care and safety, not indiscriminately turn them away at borders or keep them locked up in unsanitary and crowded conditions with substandard medical care.