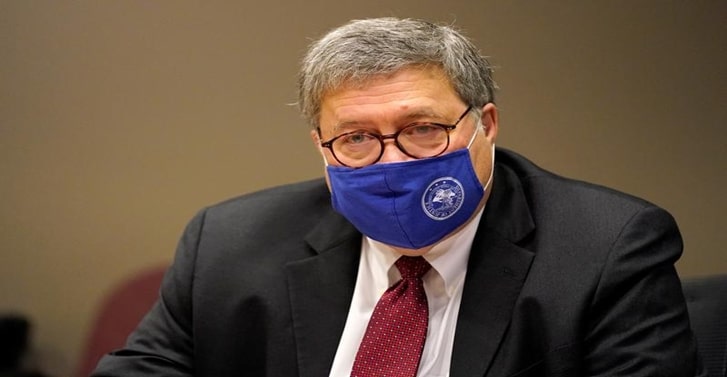 WASHINGTON (Reuters) - U.S. Attorney General William Barr expressed confidence on Friday that the Trump administrationâs law enforcement commission will publish its report on police reform soon, even though a federal judge temporarily blocked the work of the commission earlier this month.âThe final report has been drafted. I think there are many excellent, constructive ideas,â Barr told the Major Cities Chiefs Association in New Orleans in his first public remarks about the commission since its work was halted.âI do expect and hope and believe we will be able to get those out very shortly.âBarr unveiled the policing commission in January following an executive order by U.S. President Donald Trump. It had planned to deliver a slate of proposals shortly before the presidential election on Nov. 3.But a lack of diversity on the panel and the secretive process it used to develop its proposed reforms led the NAACP Legal Defense and Educational Fund to sue Barr, the commission, and its top officials in April.U.S. District Judge John Bates halted the reportâs publication on Oct. 1 on the grounds it violated public meetings laws by failing to be diverse, open and transparent.The panelâs 18 commissioners include federal, state and local law enforcement representatives, but no civil rights advocates, defense attorneys or big-city police officials.

Reuters reported exclusively that several people who worked on the commission, including Fayetteville, North Carolina, Police Chief Gina Hawkins, had warned the Justice Department its operations lacked transparency.Drafts of the report obtained by Reuters through public records requests push for bolstering police surveillance powers and due process protections for officers, but do not address concerns by civil rights advocates about systemic racism in policing.The Justice Department has since asked the judge to allow it to release the final report.On Friday, Barr downplayed the need for police department reforms and pointed a finger at prosecutors and corrections officials, saying that while police have done a âpretty good jobâ, it is the ârest of the system that often falls down.â