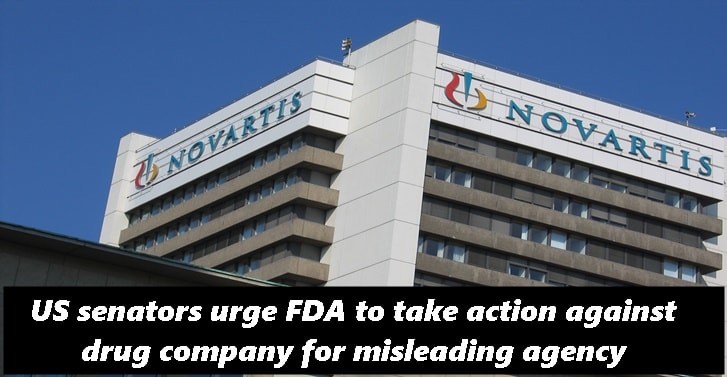 Numerous Democratic senators authored a letter to the Food and Drug Administration (FDA) on Friday to urge the agency to take action against a drug company that hid falsified data while seeking approval for the most expensive gene therapy in US history. Led by Senator Dick Durbin (D-IL), the senators requested the FDA to take âappropriateâ criminal, civil, and regulatory actions against AveXis as it failed to disclose inaccuracies in product testing data during the FDAâs approval process.

AveXis, a subsidary of Norvartis, currently manufactures Zolgensma, a gene therapy treating spinal muscular atrophy in infants. Zolgensma was approved for sale by the FDA on May 24 and priced at $2.1 million. On June 28, following this approval, AveXis disclosed to the FDA that there was a data manipulation issue. Due to this, the accuracy of the data gathered to support AveXisâ biologics license application (BLA) is called into question.

On August 6 the FDA put out a public statement indicating they are assessing the situation in light of AveXisâ disclosure and âremain[] confident that Zolgensma should remain on the market.â

In their letter to the FDA, the senators voiced their discontent that the FDA has failed to take any action against the drug manufacturer. The letter alleges that AveXis new of the data manipulation issue back in March 2019, and fraudulently mislead the FDA in order to obtain approval.

It is unconscionable that a drug company would provide manipulated data to federal regulators in order to rush its product to market, reap federal perks, and charge the highest amount in American history for its medication.

The senators specifically requested that the FDA use their full authorities to investigate AveXisâ conduct and hold them accountable. Additionally, the senators requested a formal written explanation by the FDA for its decision to remove a proposed federal regulation that could have prevented Zolgensma approval.