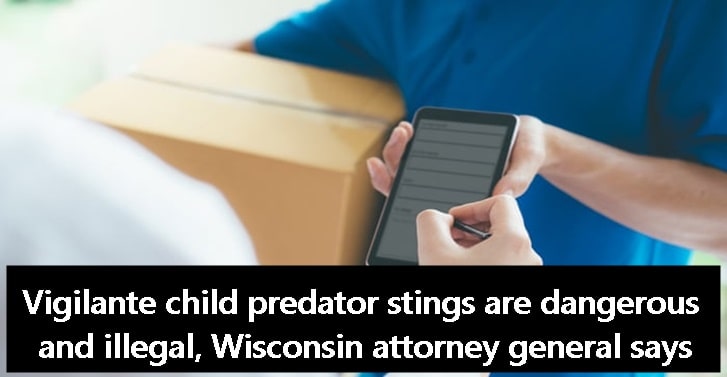 Wisconsin Attorney General Josh Kaul is seeing a resurgence of child predator stings by vigilante groups in the state.

Kaul discouraged the practice in a press release that said the operations are illegal and are dangerous for the vigilantes, the suspects and the public. The stings also increase the chances that a suspect will go free because of compromised evidence and interference with ongoing police operations, the press release said.

Pretty told the newspaper his group is active in three states. Volunteers create fake profiles in chat rooms, then set up meetings at public places after predators initiate sexual talk, he said. Volunteers confront the predators and tape the encounters.

In one confrontation in Minnesota, police had the suspected predator under surveillance and arrested him after members of the group confronted him.

âWeâre not vigilantes,â Pretty told the Journal Sentinel. âIf you were a vigilante, youâd beat the hell out of these people and be done with it.â Instead, Pretty said, his group gives police the chat logs and videos.