What had happened was wrong: DOJ lawyers accuse agency leaders of abusing power in Roger Stone 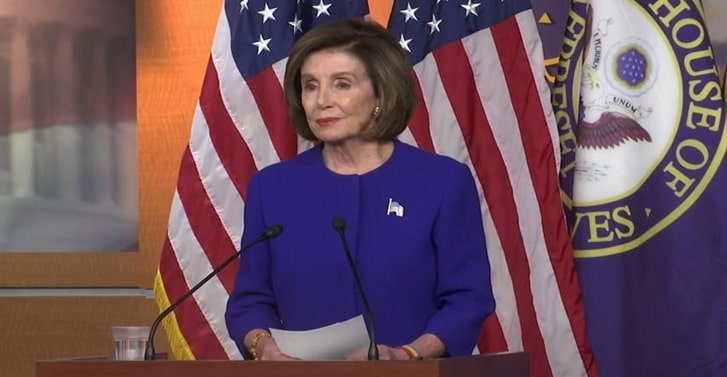 WASHINGTON â Still reeling from a highly public clash that led toÂ the firing of one of its most prominent prosecutors, the Justice Department again finds itself under a glaring spotlight as two of its employeesÂ told Congress Wednesday that the agency's leadership abused its power at the behest of President Donald Trump.Aaron Zelinsky, one of the attorneys who prosecuted Roger Stone,Â saidÂ the Justice Department gave the GOP operative "unprecedentedly favorable treatment" and pressuredÂ prosecutors to "cut Stone a break" by recommending a lenient sentence because he is an ally of the president, according to his prepared statement.Â He and the other prosecutors were told to go along, Zelinsky said, or they could be fired.Â John Elias, an attorney in the department's Antitrust Division,Â saidÂ the agency's political appointees pursued unwarranted investigations over the objections of career employees. One investigation, Elias said, was launched after a Trump tweet.Â The pair offered the blistering criticisms of Justice Department leadership during a hearing before the House Judiciary Committee that lasted about four hours. The committee is investigating allegations of political interference within the agency.

Such potentially damagingÂ testimony â delivered in a public spectacle â is unusual becauseÂ career Justice Department attorneysÂ typically don't go before Congress, let alone publicly rebuke their own superiors. AÂ 2000 Justice Department letterÂ said the agency believed its career prosecutors should not be required to testify before Congress because doing so could compromise their independence.Â That Zelinsky and Elias did so saysÂ a lot about concerns among career employees over what they see as politicization of the Justice Department,Â said William Yeomans,Â a Justice Department veteranÂ who served under five Republican and Democratic presidents, from Jimmy Carter to George W. Bush."I think it's quite courageous that they're coming forward," Yeomans said. "There's very strong ethic in DOJ against going public. They avoid the press, they avoid publicity. For these career prosecutors to think things have gone so far off the rails that they need to speak out, that speaks volumes about what's going on inside the Department of Justice."Yeomans said it's not unusual for the Justice Department to pursue investigations based on an administration's political priorities.Â For example, consent decrees and investigations of police departments accused of systemic abuse were top priorities during the Obama administration. The Trump administration has moved away from consent decrees and hasÂ focusedÂ on other civil rights investigations involving religious liberty and sexual harassment.But what's highly unusual, Yeomans said, is forÂ political appointeesÂ to interfere in criminal prosecutions. "To interfere in an individual case is another matter," he said.Former Attorney General Mike Mukasey, who also testified Wednesday, defended Attorney General William Barr,Â callingÂ him an "experienced and even-handed" leader."There seems to be a tendency these days to read ulterior motives into every action of Attorney General Barr," Mukasey told lawmakers. "I think we are fortunate to have a person of his temperament, talents and convictions in office during his difficult time in our history."Barr has agreed to appear before the House Judiciary Committee on July 28.

Zelinsky and Elias were subpoenaed by the House Judiciary Committee, but Yeomans said the two could have defiedÂ the congressional subpoena as others in the Trump administration have doneÂ during the impeachment proceedings against the president.The testimonies are the latest in a parade of allegations that Barr has turned the Justice Department into a political annex of the president.Â Last weekend, Barr and Geoffrey Berman, the former Manhattan chief federal prosecutor,Â clashed overÂ controlÂ of one of the Justice Department's most powerful offices that prosecuted and investigated several Trump allies.Â Barr had announced that Berman will be resigning as U.S. attorney for the Southern District of New York to make way for the president's favored replacement. But Berman fired back, saying he has no intention of resigning. TrumpÂ then fired Berman, ending a standoff that fueled allegations that the administration is removing those it considers to be disloyal or a threat.Â In the fraught prosecution of former national security adviser Michael Flynn, aÂ retired federal judgeÂ accused the Justice DepartmentÂ of abusing its prosecutorial power by providing special treatment to an ally of the president. The department has sought to dismiss the case against Flynn, who pleaded guilty in 2017 to lying to the FBI.Rep. Jerry Nadler, D-N.Y., chair of the House Judiciary Committee,Â said all theseÂ are "part of a pattern" of giving presidential allies special treatment while targeting enemies for scrutiny. Nadler called Barr the president's "fixer."Ranking member Rep. Jim Jordan, R-Ohio, said Barr's actions since he took office last year have been "about correcting injustice," citing aÂ federal appeals court decisionÂ to dismiss Flynn's case. Barr, Jordan said, "wants to get to the bottom of all these, and now it's political?"

'What had happened was wrong'

Zelinsky, one of the prosecutors in former special counsel Robert Mueller's team, saidÂ the Justice Department's leadership from the highest levels pressured prosecutors to recommend a lenient sentence for Stone for political reasonsÂ âÂ a move thatÂ a supervisor acknowledged was "unethical and wrong." He said he and the other prosecutors on the case repeatedly raised concerns about "such political favoritism," but their objections "were not heeded."Zelinsky and the three other career attorneys who prosecuted Stone quit from the case in protest. The prosecutors had recommended a prison sentence of seven to nine yearsÂ for Stone, whom a jury had convicted of seven crimes, including lying to Congress to protect Trump and his campaign.Â But the Justice Department backed away from that recommendationÂ â an unusual move that comes after Trump's public criticism of the sentence.Zelinsky said he resigned from the case "because what had happened was wrong, and I did not want to be a part of what had happened."The Justice Department said Zelinsky's allegations were his own interpretation of events and were not based on conversations with Barr or others in the political leadership. The department said Barr believed the sentence recommendation was too excessive and decided to "correct" it independently â without consulting Trump or anyone at the White House.During the hearing, Mukasey, who served as attorney general under President George W. Bush, said disagreement between senior officials and career attorneys about a sentence recommendation does not amount to politicization of the department."In a highly publicized and politically fraught case, it was not only proper but also advisable for the attorney general to assure that the government's sentencing recommendation not promote such unworthy ends," Mukasey said, adding that a federal judge ultimately gave Stone a lesser sentence.Â Another career prosecutor, Elias, said the agency's leadershipÂ launched multiple investigations of marijuana mergers because Barr personally disfavors the cannabis industry.In his opening statement, Elias said the head of the Antitrust Division acknowledged during a staff meeting that the investigations were launched because the cannabis industry was unpopular "on the fifth floor," a reference to Barr's office in the Justice Department's headquarters.Â "Personal dislike of the industry is not a proper basis upon which to ground an antitrust investigation," said Elias, who joined the Justice Department in 2006.Â Elias also testified about the Justice Department's decision to investigate whether four major automakers violated antitrust laws by striking a deal with California to reduce emissions. The companies agreed to adopt environmental standards that were stricter than the rules the Trump administration preferred, causing a series of furious tweets from the president.Elias said the Antitrust Division's leadership instructed staff attorneys to launch an investigation a day after Trump's tweets. He said staff attorneys believed there was no basis for the investigation because states have wide latitude to adopt environmental regulations.

"When I saw these abuses, I thought that the public should get to know about them," he said.A Justice Department spokeswoman did not respond to a request for comment about Elias' allegations.While Democrats said the hearing was an oversight of what they believe to be abuses of power within the Justice Department, Republicans cast the proceeding as a politically motivated moveÂ in the middle of more pressing issues brought by the coronavirus pandemic and racial unrest.Â Republicans sought to discredit the two Justice Department attorneys by pressing them on their political leanings.Rep. Doug Collins, R-Ga., grilled Elias about his previous effort to work for the House Judiciary Committee during the impeachment proceedings against Trump.Â RepublicansÂ called out Zelinsky for appearing at the hearing by video, instead of in person like the other witnesses. TheyÂ pressed him on the party affiliations of the attorneys that Mueller brought to his teamÂ to investigate Russian interference.Â Republicans have long criticized Mueller for choosing attorneys who have identified as Democrats.