Who Earns More: An Engineer Or A Lawyer? 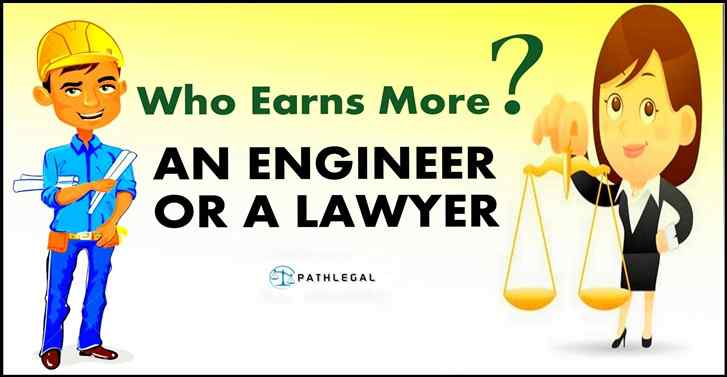 There is always a confusion arises whether to become a lawyer or doctor to get more money. Lawyers and engineers are both well-paying highly reputed professions. The main feature of a Lawyer is to seeks master the principles of law, while Engineers basically focus and work on the principles of physics and mathematics.

Even though both Lawyers and Engineers are highly paid professions, they have some differences. Lawyers have a close connection with the clients in the sense they directly connected with the people and help them regarding legal issues. Engineers may also work directly with the clients often designing tools, equipment, etc.

Â Someone who practices law is Lawyers also called âadvocateâ,â attorneyâ.A lawyer is a public servant preparing, interpreting and applying the law. Works of lawyers mainly involve the practical application of legal theories and knowledge to find a solution for a client's problem. As foot soldiers of our constitution, they solve problems of society legally.

Engineers who work in a wide variety of fields usually focus on physics and mathematics.some of the well-known engineers include mechanical, electrical, chemical and civil engineers. There are also some fields in which they work less like the petroleum industry. Here also they contribute to high designing, testing, construction is the main area of Engineers.

Responsibilities of an Engineer

Â  Both are highly recognized professions yet lawyers earn more than engineers. more often engineers paid more at graduate levels and lawyers paid better at their senior levels. For both of these jobs salaries and job opportunities are above average and neither is a bad choice at all.